Documentary - My Name is Pauli Murray 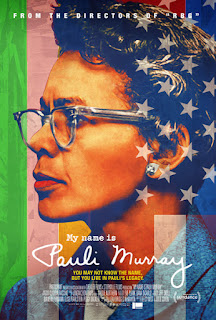 On recently at Sheffield DocFest, Tony Cross watched the documentary My Name is Pauli Murray...

This is the story of Pauli Murray, a black LGBTQ+ woman. It is directed by Julie Cohen and Betsy West. Pauli Murray was a poet, a lawyer, a priest, and so far ahead of her* time that we might not yet have caught up with her. Born in 1910 she never took her place in the world as set in stone. She resisted. She lost. She resisted. She won.

We here from Pauli Murray, her friends, family, and others. This includes a little from Ruth Bader-Ginsberg, whose sexual discrimination work built on foundations laid by Pauli Murray’s use of the 14th Amendment as a weapon against injustice. She often seemed ahead of her time with arguments that were then picked up and used by others. Sometimes with acknowledgement, which was the case with Ruth Bader-Ginsberg in Reed v Reed and sometimes not, as in Brown vs Board of Education.

Her story ties in with the early battles in the quest for equality in America. A battle that recent events shows still goes on. It is easy – and convenient – to ignore the history of how black people in the US were treated even in recent memory, but even easier to ignore what happened even further back. But even in living memory there is lynching, the KKK and the daily humiliations such as being called ‘Boy’. Events are quietly forgotten. This film talks about the Detroit Race Riots of 1943. Riots that took place in the middle of a World War. That led to tens of black people being killed by rioters and police. Through many of these events Pauli Murray lived, and she never believed she had to accept it. She also felt the same way about sexual discrimination, coining the term Jane Crow to describe the impact of segregation on black women. 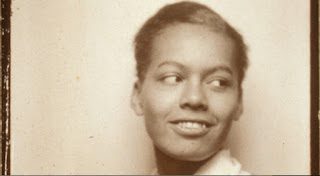 She was also, by modern standards, gender fluid. Her Aunt used to call her ‘my boygirl’ and she had, as someone says, “a sense of in-betweeness.” She was convinced she was a man in a woman’s body. She was gay, although she was not public about this. In the modern world she might have been free to be herself, but she would still have had to fight. The battle for equality for gay and transgender people still goes on. The victory in the US Supreme Court for that equality was, again, built on Pauli Murray’s legal work.

She never seems to have lost hope. She worked hard. The more you watched this film the more you found yourself admiring her for what she achieved, even in failure. She was arrested for refusing to give up her seat – with a friend – on a bus in 1940. She helped desegregate restaurants in Washington D.C. She was a founder member of the National Organisation of Women in 1966. She became a tenured Professor. She then left academia and became a Priest in the Episcopal in 1977. She died in 1985. It is a life well-lived and a life worth celebrating.

Betsy West and Julie Cohen manage to tell it well, although if you cannot make an interesting documentary about a person like Pauli Murray then who can you should probably hand in your documentary making pass. They let Murray’s own words tell a lot of the story. Murray kept a lot of her own papers, and they use a recording of Murray’s ‘draft’ for her memoir “Song in a Weary Throat” as well of footage of her being interviewed late in her life. That is interwoven with footage of actual events, talking heads and animation. It is just over an hour and a half long but does not feel like that at all. It flies by. It makes you want to know more.

This was a film that makes you realise how far we have come but how far we have to go. It is also, at its simplest, a film about a person we should all know more about. There are hundreds, perhaps thousands, of other people like Pauli Murray, but whose voices are lost to the present because they left no records. History, it is often said, is written by the victors. In truth, history is often written about those who have written. It is harder to tell the stories of those who were silenced.


*I had a genuine quandary about what pronouns to use for Pauli Murray. I ended up going with she/her because that is what most people in the documentary use and as Pauli Murray is not with us to give voice to her own choice I erred on the side of caution.