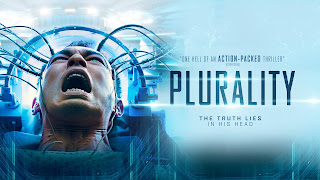 In two minds about watching this film? What if it was four minds? Watch the trailer for the tense Taiwanese action thriller Plurality, coming to Digital platforms next month thanks to Signature Entertainment...
Press Release

After a bizarre bus accident, Ming Ze awakens from a coma to discover that his mind now shares the consciousness of four fellow passengers – all of them dead; all of them suspects in a serial kidnapping and murder case. To prove his own innocence, Ming evades capture by the police and tries to track down the killer’s only surviving victim. But in order to unmask the murderer’s true identity, Ming must first fight the monster within himself.