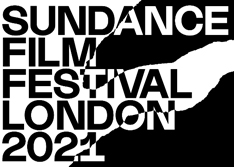 Sundance Institute and Picturehouse has announced some new additions to the 2021 Sundance Film Festival: London programme...

Newly arrived Swedish transplant Bella Cherry coyly announces to an airport immigration official that she’s come to Los Angeles for “pleasure,” but upon her subsequent dive into the world of adult entertainment, she soon realizes it is clearly business. Though she warms to the friendly affirmations of the more seasoned girls, eager-but-green Bella relies on her instincts to navigate her experiences with predatory managers, male-dominated sets, and backbiting competitors.

Thyberg cunningly ties audiences’ experiences to Bella’s as the daring, immersive Pleasure uses its explicit portrayal to expose rather than titillate, offering a no-holds-barred worker’s-eye view of the industry. Leading a cast mined from the adult entertainment world, first-time actress Sofia Kappel fearlessly embodies a character who constantly renegotiates and recrafts her persona as a means of asserting her agency.

Rounding out this year’s talks is the Phyllida Lloyd - Masterclass, the director of the acclaimed film Herself which premiered at the 2020 Sundance Film Festival, will discuss her career and filmmaking. Best known for directing The Iron Lady, along with hit musical Mamma Mia! and an all-female Shakespeare trilogy at King’s Cross Theatre, Lloyd has forged a long and successful career which seeks to place women and their stories at centre stage. 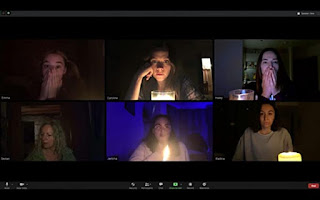 Joining the Scare Tactics - Making Modern Horror’ panel, is Host director Rob Savage whose short Dawn of the Deaf was in official selection at the 2017 Sundance Film Festival. Savage was the youngest director ever to win a BIFA for his micro-budget feature film Strings, for which he was also named a Screen International Star of Tomorrow in 2012. He joins Censor director Prano Bailey Bond on the panel hosted by Wendy Mitchell.

The full line-up of panel and talks at this year’s edition are:

You can find out more information and book tickets at picturehouses.com/sundance.
Images - Top - Sundance London and IMDb
Email ThisBlogThis!Share to TwitterShare to Facebook