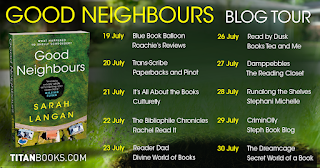 We're honoured to be part of the final day of Titan Books tour with Sarah Langan's new crime thriller Good Neighbours. In this exclusive article, Sarah talks about her Top Five media choices which influenced the book...

I had a lot of fun writing Good Neighbours (when it wasn’t painfully hard), and much of that fun came from the media I was influenced by and responding to. This list isn’t conclusive, but it’s a start! 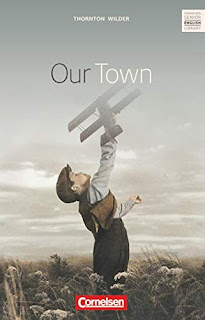 1) Our Town, by Thornton Wilder – I read this play in 11th grade. My English teacher then showed us two filmic versions, one with a cold, authoritative stage manager, and the other with a folksy, friendly one. He mentioned that the stage manager we preferred probably reflected how we felt about God. It turns out I love a cold God. I also love this play, about life and existence, and meaning in small things. I think about it a lot, because it’s not about perfection and it doesn’t posit that America is especially great, as so many people seem to believe. It just asks us why we’re here, and to remember that our sound and fury will be very brief. 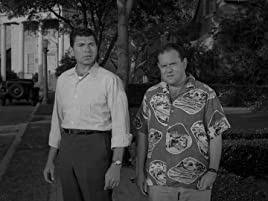 2) Rod Serling’s Twilight Zone episode, “The Monsters are Due on Maple Street,” where lights go out on a bucolic, residential block, and in their fear, the neighbours blame each other. They become a violent mob. It’s not an accurate representation of humanity, and the more I worked on my story, the more I realized that violence is much more specific and rare than this episode implies. But it’s one of those stories that’s hard to forget, particularly because of the epilogue:

The tools of conquest do not necessarily come with bombs and explosions and fallout. There are weapons that are simply thoughts, attitudes, prejudices...to be found only in the minds of men. For the record, prejudices can kill...and suspicion can destroy...and a thoughtless, frightened search for a scapegoat has a fallout all of its own—for the children and the children yet unborn. And the pity of it is that these things cannot be confined to the Twilight Zone. 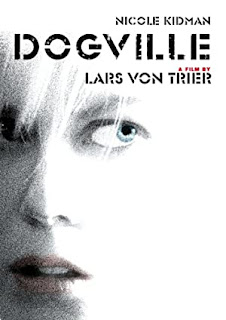 3) Lars Von Trier’s Dogville feels like a response to Our Town. It’s the dark underbelly of Americana; the psychopathy under the smile. It’s a tough watch, and again, I feel it’s not realistic; people are better than Von Trier implies. But, wow, it’s great. And it offers some wonderful ideological arguments. 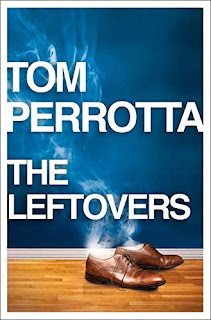 4) Tom Perrota’s Leftovers has the same tone and feel as Good Neighbours (the novel—I’ve never seen the show). There’s this sense of the apocalyptic mixed with the mundane. Characters get to face their fears in heightened ways. For me, Leftovers was very freeing. I realized I could do a lot more with my work, and the rules I’d internalized didn’t exist. You can absolutely have something crazy happen, like a giant, sentient sinkhole opening up, and then have a whole different melodrama happen, that’s completely realistic (I did this in Good Neighbours!). It’s the idiosyncrasy that makes it art. 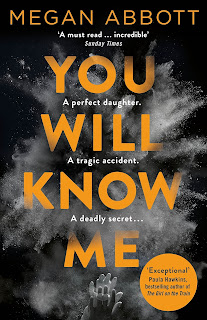 5) Megan Abbot’s You Will Know Me really revolutionized the way I thought about plot and character. Abbot plays with timelines, and uses her characters’ psychologies as a kind of third character—the psychology has back story, and revelations, that we readers discover, while the character, herself, remains clueless. Highsmith did this fifty years ago, but I really feel like Abbott mastered it. She ought to be famous. I 100% stole what I learned from Abbot in writing Rhea Schroeder, my main villain in Good Neighbours. 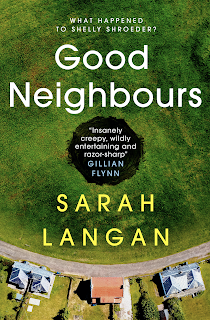 ABOUT GOOD NEIGHBOURS
Welcome to Maple Street, a picture-perfect slice of suburban Long Island, its residents bound by their children, their work, and their illusion of safety in a rapidly changing world.

Thank you again to Sarah Langan and Titan Books for this entertaining article!
Good Neighbours by Sarah Langan is out now from Titan Books
Email ThisBlogThis!Share to TwitterShare to Facebook