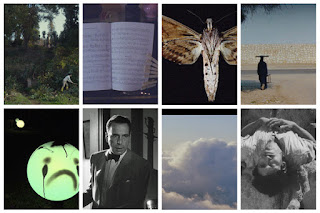 Open City Documentary Festival has announced the full programme for its eleventh edition, which runs from 8th to 14th September in London and 13th to 23rd September online...
Press Release
Following a successful digital iteration in 2020, this year’s hybrid approach will bring films, audiences and filmmakers together again in the cinema, while continuing to offer a chance to experience non-fiction cinema to audiences across the UK.

Open City Documentary Festival returns to its traditional venues – Bertha DocHouse, Curzon Soho and the ICA – and extends for the first time to the Genesis Cinema in the East and Ciné Lumière-Institut français and the Goethe-Institut in West London. The Festival Hub in Chinatown will host the free Expanded Realities exhibition and a programme of talks and workshops. Mimosa House, an independent non-profit gallery space in Holborn, will present Alia Syed’s exhibition Meta Incognita (1-11 September, free entry).
See the full programme of events/screenings and book tickets at https://www.opencitylondon.com

Open City Documentary Festival 2021 will celebrate the art of non-fiction through 47 new non-fiction films. The new film programme includes 10 world premieres and 26 UK premieres, and films from 26 different countries. Six works in the programme are first or second features. 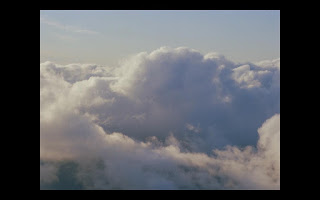 World premieres of Icarus (after Amelia) by Margaret Salmon and Inner Outer Space by Laida Lertxundi will open the festival on Wednesday 8th September at Curzon Soho. Filmed during the extended lockdown period – between March 2020 and May 2021 – in and around Govan, Glasgow, Icarus (after Amelia) is a quasi-anthropological study of female labour in contemporary Britain. Inner Outer Space is Lertxundi’s first film since relocating to the Basque Country from California.

Open City Documentary Festival will close on Tuesday 14th September at the ICA with a rare 16mm projection of James Benning’s TEN SKIES (2004), a work to be experienced communally in the cinema after a year of cinema closures. The screening also marks the launch of Erika Balsom’s new book Ten Skies (Fireflies Press, 2021).

The festival also offers the opportunity to experience a number of major works from the past year in London’s cinemas for the first time.
C.W. Winter’s & Anders Edström’s eight-hour epic The Works and Days (of Tayoko Shiojiri in the Shiotani Basin) chronicles life and work in a small, rural community in the Shiotani Basin outside of Kyoto, Japan. Similarly vast in scope and scale, Jill Li’s Lost Course charts an extraordinary six year battle between local residents and the corrupt officials who illegally sold off communal land in the village of Wukan, southern China. 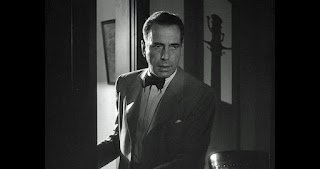 Other films unearth hidden or forgotten histories through careful archival research.
Christophe Cognet’s From Where They Stood investigates a series of clandestine photographs taken by prisoners in concentration camps during World War II whilst in Bicentenario, Pablo Álvarez Mesa retraces Simón Bolívar’s liberation journey across Colombia 200 years after the country's war of independence. Acclaimed Philippino filmmaker, Shireen Seno incorporates archival photographs from the American Colonial Era to explore the roots and growth of photography and capitalism in the Philippines in her new short video essay To Pick A Flower. In Pervading Animal, artist filmmaker Graeme Arnfield works with found footage of a very different kind to explore the surprising legacy of Dr. Joseph Popp, an evolutionary biologist and architect of one of the earliest known examples of ransomware. Argentinian filmmaker and scholar Nicolás Zukerfield mines the oeuvre of the great Hollywood auteur Raoul Walsh whilst researching the origins of an obscure quote in his idiosyncratic essay on the nature of cinema and criticism There Are Not Thirty-Six Ways of Showing a Man Getting on a Horse. Vincent Meesens’s hybrid essay film Just a Movement combines witness accounts, re-enactments, archival documents and contemporary footage in its attempt to draw a portrait of the Senegalese activist and intellectual Omar Blondin Diop. The film screens with Simon Hartog’s Soul in a White Room which was made with Diop during time spent in London in 1968. Jean-Luc Godard’s La Chinoise - in which Diop appeared as a Maoist instructor - will also screen at the festival. 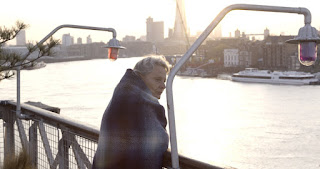 A number of films in the programme document the global lockdown and reflect on the consequences of the pandemic in unexpected ways.
Miko Revereza and Carolina Fusilier explore the ruins of an abandoned pleasure island off the coast of Mexico in their ambiguous sensorial study, The Still Side. Charlotte Ginsborg’s Songs For The River provides an intimate portrait of a community of Londoners living through lockdown together in a housing cooperative on the banks of the Thames. In her short performance film Back to Back, Jooyeon Lee incorporates performance and dance in her portrayal of a young woman’s isolation, alienation and anxiety during lockdown in Seoul. 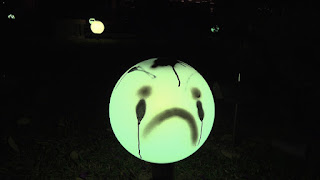 Other films depict urgent political situations in the here and now.
Filmed by the anonymous collective Hong Kong Documentary Filmmakers, Inside the Red Brick Wall is a powerful account of the November 2019 Pro-Democracy Protest at Hong Kong Polytechnic University. Rosine Mbakam’s Delphine’s Prayers is a portrait of a young Cameroonian woman living in Belgium who, over the course of several intimate conversations with the filmmaker, recounts her childhood in West Africa and subsequent journey to Europe. 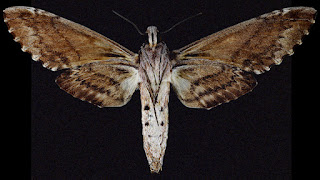 The festival also presents a survey of recent works by Brazilian artist and filmmaker Ana Vaz. The programme focuses on ideas of memory, the archive, and critical pedagogy, and includes the UK premieres of Pseudosphynx and 13 Ways of Looking at a Blackbird. Luke Fowler and Morgan Quaintance will both screen recent works in a combined programme followed by an extended conversation between the artists. The event also includes a new sound performance by Fowler Listening in a place (Heartlandscape Orkney) produced entirely from sounds, music and poetry found in Margaret Tait’s archive.
This year’s festival programme brings a series of collaborations with programmers, institutes and organisations from across the UK film community. Open City Documentary Festival will co-present three screenings with Berwick Film and Media Arts Festival including the UK premieres of Fern Silva’s Rock Bottom Riser and Sharlene Bamboat’s If From Every Tongue it Drips. The two festivals will also co-present the first London cinema screening of The Year of Discovery, Luis López Carrasco’s monumental investigation into the events of 1992 and their legacy within recent Spanish history. 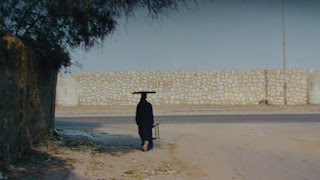 The festival will celebrate the work of three important women filmmakers, with first UK retrospectives of Renate Sami and Alia Syed and a tribute to Haneda Sumiko.

Alia Syed’s work investigates the nature and role of language in intercultural communication, with a focus on borders and boundaries, translation and the trans-cultured self. Her early 16mm films were made at the London Film-Makers’ Co-operative in the mid-1980s, using the Co-op’s optical printer as a means to explore issues of identity and representation. Her retrospective at Open City Documentary Festival is accompanied by the exhibition Meta Incognita at Mimosa House.

The work of German filmmaker Renate Sami resists narrow categorisations. Her films are extremely diverse in form and content, oscillating between the poetic, the observational and the political. Sami was moved into becoming a filmmaker aged forty following the death of Holger Meins, the subject of her first film. The survey of her work is organised in collaboration with the Goethe Institut.

Haneda Sumiko is one of the most prominent documentary filmmakers from Japan and one of the few women working in non-fiction cinema there in the postwar period. The screening of two of her early films A Women’s College in the Village (1957) and The Cherry Tree With Gray Blossoms (1977) at Open City Documentary Festival takes place in partnership with the international symposium Japanese Documentary Filmmaker Haneda Sumiko. Authorship and Gender Discourses and the Japan Foundation. 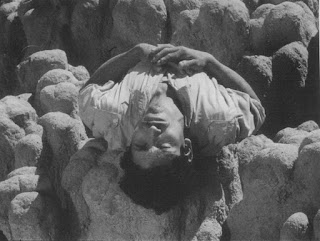 A screening dedicated to the work of Mexican avant-garde filmmaker Rubén Gámez offers a rare opportunity to see his short films in the UK. The Secret Formula (1965) is a surrealist cinematic essay exploring the myths of Mexican national identity in a frenzied, anarchic collage that played a pivotal role in the development of Mexican experimental cinema.

​​Slade 150: This autumn, the Slade School of Fine Art, UCL, celebrates 150 years of fine art teaching and research with a varied programme of events which reflect on the past, present, and future - including two screenings at Open City Documentary Festival and a panel discussion. No Film Is An Island at the Goethe-Institut is an evening of rare short films and visual presentations by Slade Associate Professor Brighid Lowe and Sight and Sound critic Henry K. Miller, which will look at what happened when the Slade School of Fine Art became home to Britain’s first ever university film department. 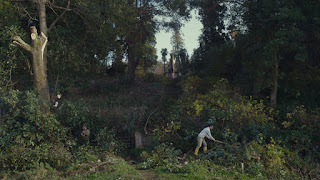 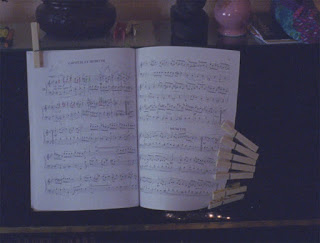 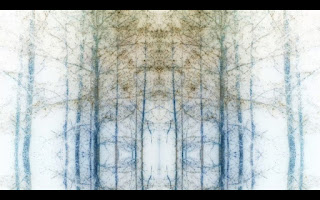 Expanded Realities showcases storytelling at the intersection of art and technology. This year’s collection includes interactive web documentaries, 360 films and virtual reality experiences which will immerse the audience in new worlds.
The festival’s 360 Cinema selection will screen a selection of immersive films that explore our connection to the earth, safe spaces for subcultures, familial memories, and rapid urbanisation. The interactive installation pieces will tell stories in non-traditional formats. This includes two interactive web-docs that travel across space, time, place and memory. UCL Showcase of work from students, staff and alumni of University College London will feature projects from faculties across UCL where XR is being implemented in fields including computer science, architecture, art and medicine. 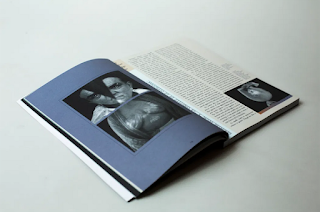 Featured filmmakers including Luke Fowler, Onyeka Igwe, Hope Strickland and Alia Syed will lead masterclasses and workshops at the Festival Hub. The festival’s Talks programme has been devised in collaboration with organisations including LUX, not/nowhere, the Bartlett School of Architecture and the Slade School of Fine Arts, which celebrates its 150th anniversary in 2021/2022. The Return to the City will reflect upon the extremis of London in lockdown and imagine new possibilities of how we might choose to reinhabit the city space. The launch of a special issue of MIRAJ (Moving Image Review & Art Journal) on Artists’ Moving Image, Isolation and Covid-19 will engage with the current crisis, providing testimonies to the experience of the past year and imagining new strategies in a post pandemic world.

The Critics Workshop developed with the Another Gaze editorial team will introduce the ethics and methodologies of feminist film criticism for 12 selected participants. Convened by Erika Balsom and Elena Gorfinkel, a day-long event On Film Writing: Forms and Histories will focus on the practice of writing about cinema, particularly as it takes shape on the margins of mainstream film criticism and academic publishing.

Organising a Film Tour workshop, led by filmmakers Lucy Parker & Ed Webb-Ingall, will consider the practicalities and possibilities of self-organising independent film tours of community spaces, meeting halls and cinemas. More than a circle of chairs: A collaborative video workshop (with Ed Webb-Ingall and Jasmine Johnson) is a practical workshop that will experiment with different techniques and methods to record a variety of group formations. Project Bootcamp (for those that don’t have time) organised in partnership with LUX is a single afternoon accelerated workshop for filmmakers and artists working with film. Artist workers’ co-operative not/nowhere will offer one-to-one writing surgeries.

The festival takes place in venues across London between 8th – 14th September 2021 and online 13th - 23th September 2021, and consists of international contemporary and retrospective non-fiction film, audio and cross media, as well as filmmaker Q&As, panels, and workshops.
Find out more and book tickets here - https://www.opencitylondon.com
Email ThisBlogThis!Share to TwitterShare to Facebook