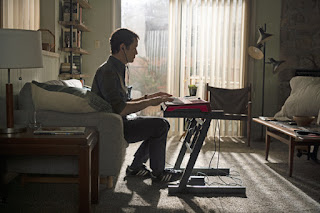 With better luck, choices, or posture, Josh Corman could’ve been a rock star. Now he teaches fifth grade, and struggles to find happiness and meaning in a world that sometimes feels short on both. Watch the trailer for Mr. Corman, which comes to Apple TV+ next month...

From writer, director, executive producer, and starring Joseph Gordon-Levitt, Mr. Corman follows the days and nights of Josh Corman, an artist at heart but not by trade. Things haven’t been going his way lately – his lifelong dream of a career in music didn't pan out and he finds himself teaching fifth grade at a school in the San Fernando Valley, his ex-fiancé Megan has moved out and his high school buddy has moved in. Aware that he still has a lot to be thankful for, Josh struggles nevertheless through universal feelings of anxiety, loneliness and self-doubt. Darkly funny, oddly beautiful and deeply heartfelt, this relatable comedy-drama speaks for our contemporary generation of 30-somethings – rich with good intentions, poor with student loans and working to become grown-ups sometime before they’re senior citizens.

Written, directed, exec produced and starring Joseph Gordon-Levitt, the series also stars Arturo Castro, Debra Winger, Bobby Hall a.k.a. Logic, Hector Hernandez, Juno Temple, Jamie Chung and Shannon Woodward. The series also marks a return to TV for Gordon-Levitt, who grew up on the small screen with roles on multiple series, most notably his co-starring turn on the long-running comedy 3rd Rock from the Sun.