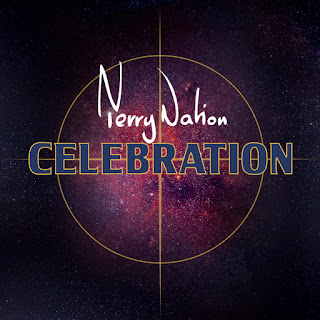 Two bumper downloads of Blake’s 7 audio drama have been released by Big Finish, marking the beginning of their celebration of the work of legendary TV writer, Terry Nation...
Press Release

Producer David Richardson said: “Wind back to 2014… I can’t tell you how thrilling it was to be working on a run of brand new full cast Blake’s 7 adventures. A chance to throw ourselves into blissful nostalgia, recreating the tone of those TV episodes and expanding the mythology and exploring those fascinating lead characters more. Here we are, flying Standard by Seven into the midst of Series B, and then into Series C, and at last all in one essential package.” 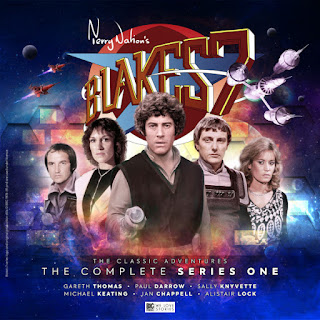 An attack by Travis and a squad of Federation pursuit ships leaves the Liberator damaged, its engines in desperate need of repair.

Blake is forced to take his ship into The Derelict Zone, which is filled with hundreds of drifting spacecraft that never made it out alive...

The same fate awaits his crew. Because the time long expected has come... one of them has turned traitor.

Blake and the crew of the Liberator have a new mission - and their target is on Straxis, a planet also known as Battleground 9. Straxis is a training ground for thousands of Federation troops, and the Liberator has journeyed directly into their sights.

Has Blake finally picked a battle he cannot possibly win?

After taking drastic emergency measures, Blake, Vila and Cally teleport back into a war zone in a bid to make new allies. But the Federation is testing advanced new weaponry here.

And Vila looks set to be an early target…

Orac has tracked Space Major Kade – the man who killed Jenna’s father – to the planet Vere.

Jenna wants her revenge, but that must wait. Blake needs her to pilot the Liberator to Stellidar Four, where he has a small window of opportunity to solve the mystery of a new Federation device.

It’s a daring plan. And it could be the beginning of the end for the Liberator crew.

When Travis scores a victory over the Liberator crew, Blake is willing to risk everything in order to get back what is theirs.

The destination is the uninhabited ice world Horst Minor, where eugenics specialist Dr Tirus is working on experiments for the Federation President.

Horst Minor has many secrets. And Blake is not going to like what he finds there...

Roj Blake and the President of the Terran Federation stand face to face. Two men with polar opposite political views, meeting for the first and last time.

The long crusade is at an end. And Blake stands to lose everything that matters in his life... 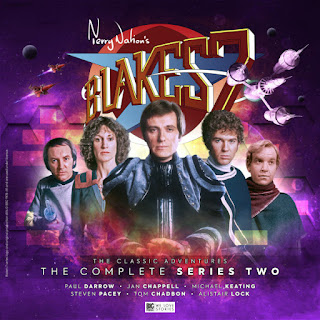 Dayna has gone missing from the Liberator. In their search for her, Dayna’s former crew mates face perilous encounters, new dangers and old adversaries…

The crew of the Liberator awaken to find one of their own missing. Where is Dayna? Has their friend been taken or has she deserted them?

The search for Dayna leads them to a deserted ship in the middle of a dangerous asteroid field.

But what is the secret of the Scimitar and can Avon get every member of his crew out of the asteroid field alive?

The search for Dayna takes the Liberator to Solace, a former galactic tourist trap fallen on hard times.

When he loses a second member of his crew, Avon is forced to investigate a series of mysterious disappearances. As Orac and Del Grant track a radical new movement that is campaigning for the purity of Solace, a deadly trap begins to tighten.

A voice is calling in the darkness. A voice that only Cally can hear.

Vila has abandoned his crewmates, searching for the mythical water of life. With Cally acting suspiciously, Tarrant and Grant face danger at the heart of paradise.

A gift is being offered. A gift that will cost one member of the Liberator crew dearly. But will Cally accept?

Vila is scared. Of course he is. Vila is always scared.

He should feel safe. He is on board the Liberator, the most powerful ship ever constructed. He is home - but he is certainly not alone.

And Vila has nowhere to run.

When Del Tarrant joined the Liberator he thought he’d left his past behind him – the gallant Federation officer with friends in high places.

But the past has a habit of catching up on you. A man the Liberator crew thought dead crosses their path, now a fugitive on the run.

He brings talk of an alliance, of a brave new future – but is Avon prepared to make a deal with the Devil?


2.6 Truth and Lies by Justin Richards

The search for Dayna has led the crew of the Liberator half way across the galaxy, but now Avon knows why she left them.

He knows where she went. He knows what she was looking for. But can he find his missing crewmate before it is too late?

The answers lie on a planet called Appallon Five – but so does danger and betrayal.


Blake’s 7 creator Terry Nation would have celebrated his 81st birthday on 08 August, and Big Finish is commemorating his work with discounts on a range of audio dramas which feature the characters he invented, including Doctor Who, Dalek Empire and Survivors.

Blake's 7: The Classic Adventures Series 1 and 2 are now each available to download at the Big Finish website (at £24.99 per series). To mark the beginning of the Terry Nation Celebration, there is an additional early bird discount of 25% off until 12 August 2021.

Big Finish listeners can save more money by purchasing both series together in a bundle for £48, again with an early bird discount of 25% off until 12 August 2021.

Big Finish is currently operating a digital-first release schedule. The mail-out of collector’s edition CDs may be delayed due to factors beyond our control, but all purchases of this release unlock a digital copy that can be immediately downloaded or played on the Big Finish app from the release date.
Images & info - Big Finish
Email ThisBlogThis!Share to TwitterShare to Facebook