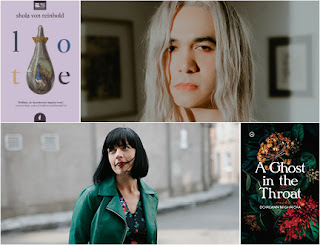 A memoir of a woman obsessed with an 18th-century noblewoman and a story of self-discovery fuelled by an infatuation with a forgotten Black modernist poet have won the UK’s longest-running literary awards.
Debut prose writers Doireann Ní Ghríofa and Shola von Reinhold join the stellar list of authors whose dazzling books have won the James Tait Black Prizes, awarded annually by the University of Edinburgh, which were announced at the Edinburgh International Book Festival yesterday. 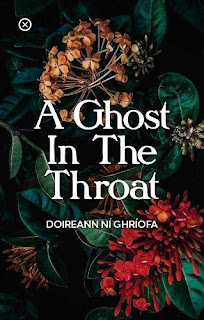 Doireann Ní Ghríofa’s winning book in the biography prize, A Ghost in the Throat, combines memoir with a mesmerising exploration of the life of 18th-century poet, Eibhlín Dubh Ní Chonaill. An award-winning poet and essayist, Doireann Ní Ghríofa has published several acclaimed works of poetry in both Irish and English, including Clasp, Oighear, and Lies. The winning biography, A Ghost in the Throat, published by Tramp Press, is the writer’s prose debut.

Biography Judge Dr Simon Cooke, of the University of Edinburgh, called The Ghost in the Throat “a work of great and searching depth and generosity, as involving as it is luminous, that weaves poetry, memoir, biography and translation into a powerful celebration of female texts and a profound exploration of the way the voice and life of one poet echoes in the life and voice of another.”

Doireann Ní Ghríofa, said: "It's such a deep joy to be awarded this prize. In truth, I can barely believe it. From the very beginning, as I set out in pursuit of a ghost, this book often surprised me, and it continues to do so! I'm very grateful to the judges, to my agent Alba Ziegler-Bailey, and to the wonderful Tramp Press." 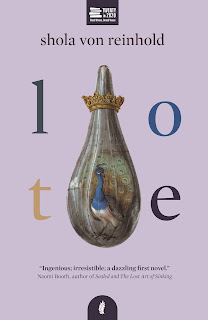 Shola von Reinhold’s winning book in the fiction prize, Lote, follows the narrator Mathilda's fixation with the forgotten Black Scottish modernist poet, Hermia Druitt – a bohemian socialite of the 1920s. Shola von Reinhold is a writer based in Glasgow. Lote, their first novel, was published last year by Jacaranda as part of the publisher’s Twenty in 2020 scheme – a pioneering initiative to launch 20 titles by 20 Black British writers in one year.

Fiction Judge Dr Benjamin Bateman, of the University of Edinburgh, called Lote “an imaginative tour de force that combines a gripping detective plot with a thoughtful meditation on the historical neglect of Black queer and women artists.”

Shola von Reinhold said: “Not to be too dramatique, but my head is still spinning too much to make any kind of concise statement. Right now, I can't stop thinking of Hermia Druitt, who was alive a century ago when this prize was conceived, encountering many of the modernist winners and shortlistees but herself a Black, Afro-Scottish writer, unlikely to have been shortlisted for any such thing - so there's a strange joint sense of poetic mourning and justice for her and what she represents in the book. I am of course also delighted, and deeply thankful to the student and faculty judges for choosing it."

The James Tait Black Prizes are the oldest literary awards in the UK and are awarded annually for the best works of fiction and biography during the previous 12 months. The prizes are awarded by the University of Edinburgh’s English Literature department, which is the oldest in the world, and they are the only major British book awards judged by literature scholars and students.

Since 2017 the University has also run a free online course in partnership with Edinburgh International Book Festival to offer readers the chance to engage with judges and other readers on the shortlisted fiction books. The Massive Open Online Course (MOOC) – called ‘How to Read a Novel’ – draws on the James Tait Black fiction shortlist and to date has attracted more than 52,000 participants from across the globe.

For further information on the Prizes go to: https://www.ed.ac.uk/events/james-tait-black