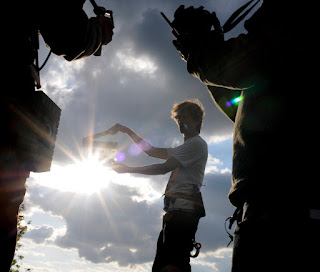 The annual competition is open to all 15-25 year olds residing in Scotland and aims to discover the newest voices in Scottish film and celebrate their work on the global stage.

Each of the three winning filmmaking teams receives a cash prize of £300, and the films’ cinematographers win a day of work experience with Procam Take 2, EIFF’s Official Partner and a leading digital cinematography and motion picture equipment rental facility.

The competition received 50 submissions. All films were viewed by the EIFF’s Youth team – a group of 15-25 year olds who help curate the Festival’s youth programme. They chose a shortlist of 9 films that were then passed to three film industry professionals to decide the winning films.

The shortlisted films were screened in a special online showcase on Friday 20th August. The awards were announced after the screening, with the winning filmmakers on hand to take part in a Q&A session with members of the EIFF Youth team.
The full event, and all the short films, will be available on EIFF TV YouTube channel until the end of October 2021.

There were awards in 3 categories:

In the category filmmakers aged 15-18

Winner: Soothe directed by Rowan Abbott & Poppy Payne
Jury member, and 2019 New Visions Award Winner, Laura Carreira said about Soothe: “Soothe stood out for its vivid and rich portrayal of the realities of the contemporary workplace. The writer and directors brilliantly conveyed the experience of office work, visually taking us through the daily struggle lived by an overworked character that we can all recognise in ourselves. A special mention goes out to the brilliant performance by the young actress Chelsea Quaison.”

In the category filmmakers aged 19-25: for films made independently or as part of an informal course

Winner: Fart Car directed by Fraser Scott
Jury Member Douglas Greenwood, who is a writer, editor, creative consultant and EIFF Young Talents and Young Programmer alumnus, said about Fart Car: “The weirdly comic streak that cuts through dark spells of grief is so deftly explored in Fart Car, a sharp and unexpected short film from a promising new filmmaker. The jury admired the film's smart and witty script, its pace and its resourcefulness, crafting a well-rounded and believable central protagonist that actor Michael Ahomka-Lindsay helps form with his own flares of greatness. A marvellous film about the glimmers of hope we find in the humdrum of everyday life, and signs that the ones we love are still there.”
In the category filmmakers aged 19-25: for films made as part of a formal educational course

Jury member Caroline Cooper-Charles, Head of Creative at Screen Yorkshire, said about Lussevaka: “From the opening shot of this beautifully crafted short we knew that we were about to watch something very special. The performances are nuanced and have a real maturity, especially given the young age of the protagonist. Cinematography, design and world building are exceptional and the film manages to be both playful but also very moving in its depiction of a child transcending the limitations of her adult environment. A distinctive gem.”
Yvonne Gordon, Head of Community Engagement and Learning at EIFF said: “Our New Visions competition has done it again! Despite the challenges of the last 18 months, talented young people have found a way to be creative and use film in all its forms to tell their stories. I was blown away by the quality and ambition of the work submitted. Congratulations to the award winners – each film seemed to comment on disconnection and yet each found a way to connect and move on. So inspiring in these Covid times!”

The full event, and all the short films, will be available on EIFF TV YouTube channel until the end of October 2021.