Film - Shang-Chi and The Legend of The Ten Rings 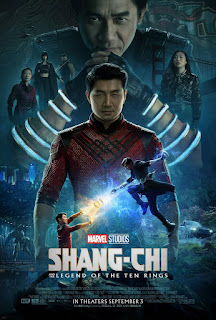 Witness the origin of Marvel Studios' next Super Hero in a brand new featurette for Shang-Chi and the Legend of the Ten Rings, coming to cinemas next month...

Marvel Studios' Shang-Chi and The Legend of The Ten Rings stars Simu Liu as Shang-Chi, who must confront the past he thought he left behind when he is drawn into the web of the mysterious Ten Rings organization.

In this featurette, Kevin Feige explains that we must go right back to the beginning of the MCU to find the mysterious Ten Rings. He says, “We have a keystone event, and that event is Tony Stark becoming Iron Man. He’s forced to build these weapons for an organization, and that organization was the Ten Rings.”

How does that relate back to the Shang-Chi we’re about to meet? Well...