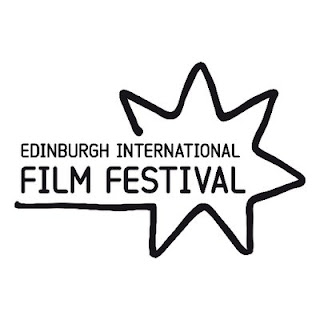 With Edinburgh International Film Festival raising the safety curtain again on Wednesday for this year's programme, Susan Omand lists her top 5 "must see" films from those on offer...

AAAAHHHHHHHH! Where do I even start?!
I love film festival time in Edinburgh, maybe even more than all the other Edinburgh festivals, of which there are many. I think it’s because there’s still a feeling of adventure about it, of finding hidden gems, unearthing the next big thing or discovering projects that people, famous and not so famous, are doing, just for the love of the subject or the process rather than anything else. In some ways it’s also sublimely frustrating when you do find something utterly brilliant that never sees the light of day again.

After last year's all digital Ed Film Fest at Home, much curtailed, offering due to the ubiquitous Covid, there is a welcome hybrid blend this year with some of the films also available to book and watch online [here - Ed] as well as allowing audiences back into a more traditional setting of the wonderful Edinburgh Filmhouse. Even though it may not be quite back up to full strength this year, I always get that stomach knot of excitement as I look through the programme, with over a hundred films to choose from, including short films and documentaries as well as feature films, and I must try to decide how to see even a tenth of what is on offer.
Anyway, on to my Top Five. I'm not counting the opening/closing gala films in this list as, of course, they are definitely ones to watch [after who doesn't want to see Nicolas Cage being out-acted by a pig - Ed]. I'm also not counting the wonderful "classic" films that are being shown as part of the outdoor screening spectaculars in the centre of Edinburgh at Film Fest in the City - we will try to feature our previous reviews of some of them, though, in the next couple of weeks as they are all tremendous films. Neither am I counting the short films that I always gravitate towards at Edinburgh Film Festival because I just KNOW I'm going to be watching loads of them as normal. No, in this list I want to highlight some of the lesser known feature films and documentaries that you may just skip over in your own scan through the festival programme.
In no particular order then:

Prince of Muck - WORLD PREMIERE
Lawrence MacEwen has farmed the Isle of Muck since the late 1960s. With his family he has created a rural retreat, out of time with the rapid transformations of the world around it. Revered for his eco-conscious stewardship in the 1970s, Lawrence now finds himself stubbornly battling to preserve the island for the next generation. Dutch filmmaker Cindy Jansen captures a uniquely cinematic portrait of a place and a person haunted by the past and struggling to maintain their relevance for the future.

Laurent Garnier: Off the Record - SCOTTISH PREMIERE
Prior to Laurent Garnier there was Chicago house music and Detroit techno. Both these dance music styles rubbed shoulders with each other on the UK club scene, but it was Garnier who worked his particular brand of musical alchemy, fusing them together. In the process he became one of the first globe-trotting superstar DJs and his club nights from London to Tokyo were legend. Director Gabin Rivoire interviews the likes of Jeff Mills, Carl Cox and The Blessed Madonna in a quest to get to the core of what made Garnier such a musical pioneer.

Absolute Denial - UK PREMIERE
This gripping story opens with the steps that genius computer programmer David takes to isolate himself from other people, while building a super-computer off grid. Knowing that the algorithm he is writing has potential to be dangerous, David takes measures to contain the threat, isolating the AI in a local network and building in a kill switch. He works day and night to try to write a safe version of the programme which can be released into the world but as the days pass, he becomes more tired, while the programme he has created, grows in knowledge and logic, threatening to outpace its creator.

Mandibles - UK PREMIERE
Don’t we all dream of discovering a giant fly in the trunk of our car, domesticating it and making big money?! Quentin Dupieux (Rubber) presents his latest surreal comedy where absurdism is the new normal. Our two losers Manu & Jean Gab gate-crash the holiday home of a group of friends in Provence, with giant fly in tow. As havoc ensues, Dupieux’s humour would make the Farrelly Brothers proud!

The Beta Test - UK Premiere
Shortly before his wedding, ruthless talent agent, Jordan receives a mysterious envelope offering sex with a stranger in a hotel room. No. Strings. Attached. Initially amused, then intrigued, he becomes obsessed by the idea of a secret erotic adventure and impulsively accepts. But will he regret his choices when his meticulous, superficial world threatens to collapse under the weight of his burgeoning lies?
So that's what I'm looking forward to, although there are several others that I'm keen to watch, such as The Deer King, Annette and the Buddy Guy documentary, if I get a chance. I'll let you know how I get on!
Edinburgh International Film Festival runs from 18th to 25th August both in-person and online. Find out more and how to book tickets here.
Images and synopses - Edinburgh International Film Festival
Email ThisBlogThis!Share to TwitterShare to Facebook