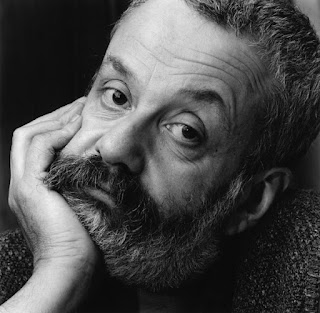 The BFI has announced a major UK-wide celebration of the career of multi-award winning writer/ director Mike Leigh, one of Britain’s most internationally recognised and critically acclaimed filmmakers working today...
Press Release

From ABIGAIL’S PARTY (1977) and NAKED (1993) to SECRETS & LIES (1996) and ANOTHER YEAR (2010), Leigh’s films are a testament to the power of cinema, fusing comedy with tragedy and the personal with universal themes such as births, marriages and deaths.

His unique method of developing characters through improvisation with his actors broke new ground, bringing stories of ordinary working-class people to the screen in a natural way with truth and empathy.

This major BFI project launches with the World Premiere of the BFI National Archive 4K remastering of Mike Leigh’s masterpiece NAKED (1993) at this year’s 65th BFI London Film Festival, ahead of the film being re-released by the BFI in UK cinemas from 12 November and on Blu-ray, for the first time in the UK, on 22 November.
Immediately after the BFI London Film Festival, BFI Southbank will host a complete retrospective of Mike Leigh’s work from 18 October – 30 November, featuring screenings of all his films and television works and multiple Q&As with Leigh and many of his close collaborators. There will also be a BFI Blu-ray release of Leigh’s first feature BLEAK MOMENTS (1971) – remastered by the BFI in 2 K – on 22 November, a Mike Leigh collection on BFI Player and a season of Leigh’s work at HOME, Manchester.

Awarded a BFI Fellowship in 2005 during the last BFI Southbank retrospective of his work, Mike Leigh has worked extensively in theatre, television and film as a writer and director over the last five decades, directing work such as NUTS IN MAY (1976 ), HIGH HOPES (1988), TOPSY-TURVY (1999), HAPPY GO LUCKY (2008), MR . TURNER (2014) and PETERLOO (2018). A seven-time Oscar nominee, winner of five BAFTAs and nominated for another ten BAFTA awards, Mike Leigh is also the only British director to have won the top prize at both Cannes (for SECRETS & LIES, 1996) and Venice (for VERA DRAKE, 2004). 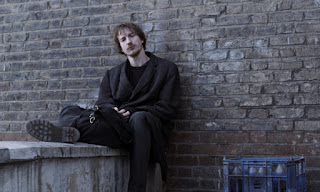 Brilliant and controversial, Mike Leigh’s portrait of male angst and social dislocation – newly remastered in 4K by the BFI National Archive – features a landmark performance from David Thewlis as Leigh’s Dostoyevskian anti-hero Johnny, a frenetic and destructive outsider who tears through the lives of others like an emotional tornado. A masterful and totally unforgettable exploration of society in free-fall at the tail end of Thatcher's Britain, also starring Lesley Sharp and Katrin Cartlidge, NAKED took Best Director and Best Actor prizes at the 1993 Cannes Film Festival.

The 4K remastering of NAKED will receive its World Premiere in a Special Presentation at the BFI London Film Festival (6 - 17 October) ahead of a BFI UK - wide release from 12 November and on BFI Blu-ray , for the first time in the UK, on 22 Nov ember. NAKED has been remastered in 4 K under the full supervision of cinematographer on every Leigh film since 1990, Dick Pope, and approved by Mike Leigh. Scanning of the original camera negative and the magnetic track master was carried out at the BFI National Archive’s Conservation Centre. Colour grading is based on the original bleach bypass process, referring to a contemporary release print held in the BFI’s collections.

Mike Leigh and cinematographer Dick Pope will attend the World Premiere of NAKED at the BFI London Film Festival at BFI Southbank . Details, including screening dates, will be announced soon. 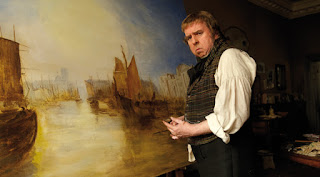 BFI Southbank will present a complete retrospective of Mike Leigh’s work, including shorts, film and TV features, and a selection of films chosen by Leigh , all of which have influenced him. The season will include a special In Conversation event with Leigh and Amy Raphael on 28 October, as well as numerous introductions and Q&As from Leigh and his many close collaborators. A new edition of Faber’s Mike Leigh on Mike Leigh , edited by Amy Raphael is published on 7 October . A definitive career - length interview, this new edition includes new material on Leigh's most recent films, MR. TURNER and PETERLOO.

Full listings for the season will be announced by the end of August. 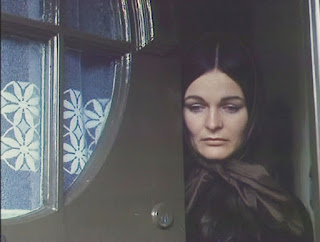 BLEAK MOMENTS (1971), released on Blu-ray for the first time on 22 November

Mike Leigh’s first feature, BLEAK MOMENTS ( 1971) has been newly re-mastered in 2K by the BFI for its 50th anniversary and will be released on Blu-ray for the first time on 22 November. Leigh’s critically acclaimed debut feature film is a haunting study of social isolation that follows Sylvia (Anne Raitt) as she leads a quiet life caring for her sister Hilda (Sarah Stephenson) who has complex care needs. Uncompromising and deeply affecting, the film introduced Leigh’s unique and highly influential natural style.

Audiences across the UK will be able to delve into Mike Leigh’s world via BFI Player, with a curated selection of Leigh’s work available to rent on BFI Player from 18 October. Leigh’s work will also be celebrated at HOME, Manchester with a season and a special Q&A with the writer/ director.