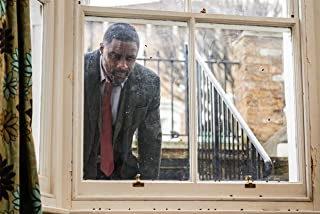 Thanks to Netflix, Luther is coming back... as a feature film!...

The multi-award winning international hit crime series Luther created by Neil Cross for the BBC will continue in a feature film at Netflix under its pact with Chernin Entertainment.  The TV series, which premiered in 2010, has completed five seasons on the BBC, garnering Idris Elba two Golden Globes and a Royal Television Society best actor award for his performance in the titular role.
This new project will be an epic continuation of the Luther saga, reimagined for film, and new cast will include Cynthia Erivo (Harriet) and Andy Serkis (The Lord of the Rings trilogy, War for the Planet of the Apes) who will star alongside Idris Elba, who [thankfully - Ed] returns in the titular role

Directed by Jamie Payne, who directed Series 5 of the TV drama, the screenplay will again be written by Neil Cross, so it really will be something to look forward to. We'll keep you updated as to how long you have to do your looking forward until.
Image - IMDb