Films - Disney: Not What It Used To Be? 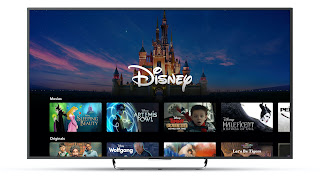 Alwyn Ash wonders where the creativity has gone and questions if Disney is Not What It Used To Be?...

I love Disney! This must be clearly understood. I grew up watching the Mouse House. Today, however, I fail to see the same company that I respected. Once upon a time there were great and fun movies like Tron, The Black Hole, The Journey of Natty Gann, Flight of the Navigator, Who Framed Roger Rabbit?, One Magic Christmas, Return to Oz, and of course the wonderful Herbie films. My childhood was protected in Disney bubble wrap. But I do wonder what has changed? Today, Disney seems to have lost its creative soul.

I'm certainly not going to step on the 'Disney ruined Star Wars' crap, as I don't really see it; Star Wars might not be as good as it used to be, but that's purely 'cause I'm seeing it through different eyes these days, not the innocent eyes of a naïve child. I certainly don't dislike what's being produced in the SW universe, though a little bit of new ground would be nice.

What I do see, sadly, is an obsession with remakes and unnecessary sequels. I still can't agree that Tron Legacy was needed, and it's a movie I've watched three times now - not because it's good but more for the hope that it'll improve with each viewing. Nope. Thankfully I still have the original.

Maybe I'm firmly stuck in a time capsule? But even legend Frank Oz has reportedly said that Disney lacks 'soul' these days. I have to agree with him. Today you just wouldn't see something like The Watcher In The Woods. Though not politically correct, I still have a fondness for One Of Our Dinosaurs Is Missing; I don't agree with book burning and I certainly have a dislike for 'cancelling' history, it's important to see yesterday in a certain way while facing today with a far more inclusive attitude - we are appalled by slavery and Roman Arena savagery but why ignore their footprints just because they leave a sour taste?

I digress. Looking at the movie catalogue of Disney over the past 20 years I don't see "classics" like there used to be in the 70-80s. Again, maybe it's my age. Maybe I've just overlooked some amazing original titles and need to dig deeper. But Mouse House does seem to advertise its bland franchises first, because... money.

I do feel like Pirates of the Caribbean might just be the only classic of the past twenty years.
Image - Disney+
Email ThisBlogThis!Share to TwitterShare to Facebook