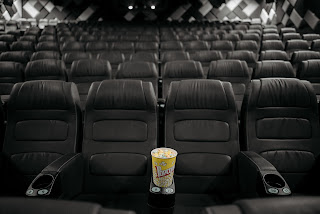 Alwyn Ash wonders if EVERY film has to have a remake these days and takes a look at some of his Best and Worst remakes so far. Here's Part 1 - Why on Earth?..

Okay so I had this idea, following on from a previous article regarding Disney's less than exciting output over the past few years, that I would compile a likes and dislikes list of remake movies. Some spring to mind without much effort, others I had to weigh up and make tough decisions. First thing to decide is does an original film NEED a remake? Is it still good enough by today's standards; and even if not, should a classic be messed about with? Quite often I get frustrated by a studio and director that will use a sequel title purely because they believe it will sell, rather than give a movie a unique name and keep it separate. Want a movie about a peaceful alien that arrives on Earth? Please don't connect it with a 1951 classic! Call it something else. This nicely leads me to my first disaster remake of all time... 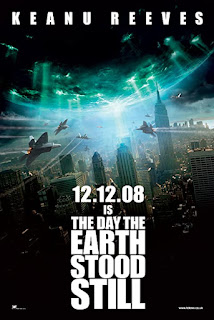 I love my 1950s scifi flicks. The War of the Worlds is my ultimate favourite, those Manta Ray-styled Martian machines are yet to be beaten visually within an Earth setting. So for now let's ignore Steven Spielberg's 2005 vision. For this piece I'm firmly narrowing eyes at Scott Derrickson and David Scarpa. It's not that a remake of The Day The Earth Stood Still was a totally bad idea, though the 1951 classic is very hard to beat in terms of catching a 'moment'. Let's face it, we're polluting the planet like nobody's business and are still a danger to each other, God help the Cosmos if we ever get to boldly go where no one has gone before. We're a menace. So the message in TDTESS is just as relevant today as it was in the 1950s. However, it's the mess of a movie in 2008 that niggles me.

Firstly, casting. Well I have no problem with Jennifer Connelly, she's proven time and time again that she can take a role and do something with it. But who actually thought Keanu Reeves or Jaden Smith were a good idea? I much prefer Michael Rennie as Klaatu; for that part you really needed an actor who could perform passion in a way that's convincing, and sadly (though I like him in Bill and Ted) Mr Reeves just didn't do it for me. It was a dull performance. Uninspiring. As for Smith, his presence in the movie wasn't necessary and failed to add anything at all. Helen Benson (Connelly) was weighed down by having a son, and it certainly wasn't a Terminator 2-style boy-makes-friend-with-alien moment, both in writing and acting. For one thing Arnold Schwarzenegger and Edward Furlong were on a completely different level in terms of acting and chemistry, which Smith and Reeves desperately lacked - I found myself not even caring about their characters (Jacob and Klaatu) at all.

As for the special effects... I'm not a big lover of CGI because far too often it's overused and spoils an otherwise interesting film. Although here a disinteresting script and an overuse of CGI totally kill this project. Perhaps given a better screenplay, a different director, and a new cast, The Day The Earth Stood Still could be a great idea in the 21st Century. But seeing how Hollywood has lost heart and soul in storytelling, I doubt we'll have anything that can equal the perfection of Robert Wise's classic 1951 feature. 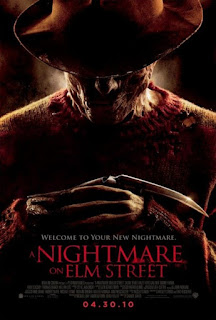 Perhaps the problem here isn't in Jackie Earle Haley's acting but rather the iconic performance of Robert Englund as Fred Kruger overshadowing it. It's easy to become distracted by how the character evolved with more comical tones, but Englund gave us a dark and sinister Kruger in both A Nightmare on Elm Street (1984) and New Nightmare (1994). In 2010 director Samuel Bayer gave us a new face but not much else. It felt like a by-the-numbers remake without any additional colour. Seeing as Freddy exists in a world of dreams and nightmares there's so much richness that a good writer and director could take the franchise.

Interestingly there have been several attempts to remake Nightmare since 2010, however, the projects have been in development hell. Personally I'm grateful, we just don't need a remake at all. Even Freddy Vs Jason (2003) was a little different, though it still lacked the possibilities that would make Fred Kruger's return out of this world! And also, I still feel Heather Langenkamp was superb as Nancy Thompson. 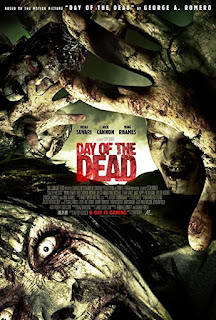 Anyone who knows me knows that I am a fan of George Romero and his Dead saga. Originally a trilogy starting with Night of the Living Dead (1968), following through to Dawn of the Dead (1978) before finishing with Day of the Dead (1985), Romero brought the word 'zombie' to a much wider audience and gave us the flesh-eating monsters we know today. It's possible that without this man's vision we wouldn't be enjoying the likes of The Walking Dead and Resident Evil today. Thankfully some remakes have done wonders and have added to the franchise. And Romero even directed further instalments with Diary of the Dead, Land of the Dead, and Survival of the Dead.

This part focuses on two loose remakes of his 1985's Day of the Dead. Directed by Steve Miner and written by Jeffrey Reddick, Day of the Dead (2008) takes some parts of Romero's classic and injects other elements to create a fast-paced zombie flick that gets boring very quickly. It's actually quite difficult to find anything nice to say about it in all honesty. Perhaps it's the 'fresh spin' that ruins it. Yes, it pays tribute to the original by giving us scientists and soldiers, but the screenplay is a shambles. I mean, it has more in common with The Evil Dead, once you see fast zombies climbing walls and somehow moving along ceilings like something out of The Exorcist, you kind of lose the will to live. The make-up effects are also pretty bad.

In 2018 we were treated to yet another 'remake'. 'Day of the Dead: Bloodline' isn't much better. Directed by Hèctor Hernández Vicens, it tries to take elements from Romero's Day but fails to inject them as successfully into its own body of work. For some reason we have a zombie (Max played by Johnathon Schaech) that looks more like Heath Ledger's Joker from The Dark Knight. I do wonder why most of the zombies in this version shamble so strangely, like they're desperate for the bathroom or seem to be excited for a Big Mac and fries. Order 66!

We're given a bunker, so check! And the introduction of Max is an attempt to create a Bub-like character. Bub was a zombie in 1985's Dead that a scientist nicknamed "Franktenstein" tried to domesticate. I do find it quite amusing that a military bunker is so badly guarded that a Rambo zombie (Max) is able to infiltrate without being seen and destroyed, accessing the air ducting etc.

Set to premiere on SyFy channel in October 2021 is a television series loosely based on Romero's Day of the Dead. I've seen the trailer and it looks to be another generic adaptation. Probably won't even bother to review that one, so I'll just leave it here. It's in good company. 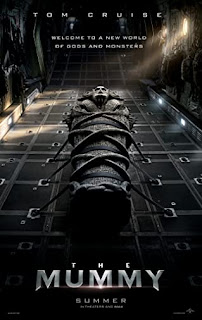 Creature features like Dracula, Frankenstein and The Mummy go back a long way in Hollywood. Mention names like Bela Lugosi or Boris Karloff and people recognize them instantly. A personal favourite of mine felt more like an Indiana Jones flick starring Brendan Fraser as Rick O'Connell and Arnold Vosloo as Imhotep, aka The Mummy. It also co-starred actresses Patricia Velásquez and Rachel Weisz in both this and sequel The Mummy Returns (2001). This was a fabulous reimagining of a classic monster.

In 2017 Hollywood was desperate to launch a creature feature "Dark Universe" similar to the success seen with Marvel, bringing together several of the famous characters in a series of films. What we ended up with was a very rushed and messy film, The Mummy, directed by Alex Kurtzma. I actually had high hopes for this one until I saw the CGI and the addition of Jekyll and Hyde. The only highlight for me was Sofia Boutella as Ahmanet, the title character, who looked amazing and should have been given a much better screenplay without the baggage. Even Tom Cruise did nothing to improve matters.

The movie rightly received negative reviews and the future of the Dark Universe now remains in doubt. It was a project created by people who just weren't, in my opinion, right for the job. Leigh Whannell's The Invisible Man might be the instalment that helps to push Hollywood's Dark Universe idea forward, but it all depends on further titles that follow and whether they'll be a success or failure. I would love to see Boutella in a fresh Mummy outing without Cruise.


I'm now off to watch more movies, let's see if I come across further terrible remakes. Perhaps, I'll find some that really do catch my heart and deserve praise. I already have a few in mind. Where's the popcorn?
Top Photo by Pavel Danilyuk from Pexels