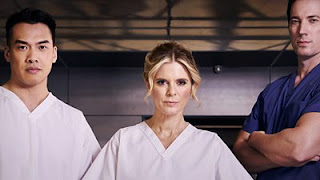 Silent Witness returns to our screens for a new series on Monday 6th September.  Here's a short interview (which includes spoilers for the previous series) with star Emilia Fox...

When Jack and Nikki enter a high security prison to investigate the suspicious death of an inmate, the case brings up disturbing memories for Nikki. The victim’s cellmate is Scott Weston (Elliot Tittensor) - the student responsible for a mass shooting she witnessed 10 years earlier (Shadows, Series 13). Nikki becomes increasingly convinced that Scott is their prime suspect, but Jack worries she is not following the evidence.

After a slightly longer break because of Covid, how was it getting back into character again?

We were a week away from filming Series 24 when lockdown happened so there was a massive amount of disappointment and sadness not to be starting filming. When we were allowed to start up again, we felt very grateful. Silent Witness has always had a great loyalty from crew and production, so it was a lovely feeling to be able to work and be back together again.

The story lines had to adapt as we were filming under Covid restrictions, the writers tackled this by containing us in certain locations, as we couldn’t do as much filming around London. This series feels more about the conversation, characters, and cases.

Remind us of where we left your character at the end of the last series?

Nikki witnessed Thomas dying in the Lyell and Clarissa decided to leave and of course we miss them, both the characters and actors but the good thing about Silent Witness and having been on it for a while is that you see the evolution of it and amazing times come to an end. But it also opens a whole new era and allows new characters in, with guest cast and new regulars including Jason Wong who joins the cast as Adam.

Adam comes in with a new energy which puts Jack’s nose out of joint, I think mostly because Jack is missing Clarissa so the idea of someone being a replacement to Clarissa is too much for him to accept. Adam also has a confidence which disrupts the dynamic between them all. But Jack comes to a place in the series where he’s dependent on Adam which unites them, they both get to be vulnerable which is what this series delves into a lot more 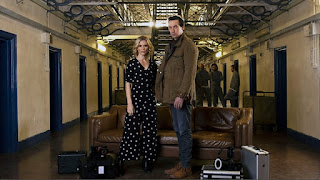 What can viewers expect from Nikki at the start of episode one?

The series opens and reflects on a former episode Shadows, where a character Scott Weston was imprisoned for a school shooting. Jack and Nikki investigate a suspicious death in prison and Nikki comes across Scott again, which takes her back to the trauma of that experience and she’s on a bit of a mission to condemn Scott for the current crime.

We also see her relationship with Jack change a little bit. They don’t have significant others in their personal lives Jack and Nikki rely on each other. They are two single people, and their brother/sister relationship changes, and they look at each other with slightly different eyes.

What are Nikki’s strengths and weaknesses?

I think her commitment to work and quest to do good and find answers for people who have lost loved ones are her great strengths and her love for the family that she is part of at the Lyell Centre.

I think work has given her, her strength so she probably concentrated too much on that. She’s also at a time in her life where she hasn’t had children, she might have considered it with Matt so I think she’s at an interesting point in her life which I think a lot of people will relate to.

How did you manage during lockdown?

I think it simplified life so much, we all had to re-access our lives and what was important. There’s no taking away the tragedy happening around us, but I felt a great comfort being with my daughter and loved the time I had with her. I missed my family and friends greatly. I think health was at the forefront of our minds, so I focussed a bit more on that and really appreciated going back to work and being able to work. I liked communities coming together and our local community looking out for each other and thinking about other people. Of course, we can’t forget and won’t forget what was going on around us but to have the ability to carry on you must think of the positives that came out of it and I think there were many.
Images & info - BBC
Email ThisBlogThis!Share to TwitterShare to Facebook