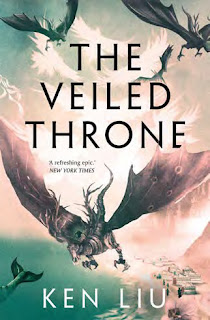 Head of Zeus announces the publication under their Ad Astra imprint next month of The Veiled Throne, third book in The Dandelion Dynasty series by Ken Liu...

Princess Théra, once known as Empress Üna of Dara, yielded the throne to her younger brother in order to journey to Ukyu-Gondé to war with the Lyucu, and has crossed the impenetrable Wall of Storms with a fleet of ships and ten thousand people. Constantly facing adversity, she faces new challenges by doing the most interesting thing and not letting the past dictate the present.

In Dara, the Lyucu leadership bristles with rivalries as power and perspectives change between the remains of the Dandelion courts. Here, mothers and daughters, Empress and Pékyu alike, nurture the seeds of plans that will take years to bloom. As the conquerors and the conquered jockey for position in these new regimes, tradition gives way to new justifications for power. 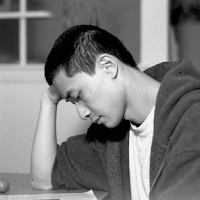 Ken Liu returns to the series that has helped bridge the great epics of our history from the Aeneid to the Romance of the Three Kingdoms into a series that is unsurpassed in its depth of scope and adventure. Liu is the winner of the Nebula, Hugo, Locus, World Fantasy, Sidewise, and Science Fiction & Fantasy Translation Awards. He is the author of The Grace of Kings and The Wall of Storms, in his epic series The Dandelion Dynasty. He is also the translator of Cixin Liu's Hugo-winning and Nebula-nominated The Three-Body Problem. Follow him on twitter: @kyliu99

THE VEILED THRONE by Ken Liu is published on 11th November 2021 by Head of Zeus as an Ad Astra book. To celebrate the release of the third book in the series, the first two books, The Grace of Kings and The Wall of Storms, are also available with matching new cover designs.
Images & info - Head of Zeus.
Email ThisBlogThis!Share to TwitterShare to Facebook