Documentary - The History of the Civil War 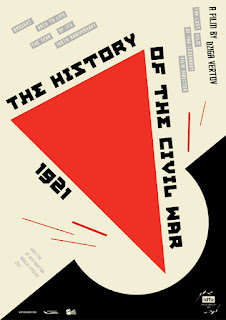 Dziga Vertov’s rediscovered and restored 1921 documentary, The History of the Civil War, will be shown at the International Documentary Festival Amsterdam next month...

One hundred years after its first and only (private) screening, Dziga Vertov’s second film The History of the Civil War will be shown in public for the very first time as a one-off screening on Saturday, 20th November 2021 during the International Documentary Film Festival Amsterdam (IDFA), running 17th - 28th November.
At the beginning of his career, documentary pioneer Dziga Vertov (1896 - 1954) made two epic films devoted to the events of the Russian Revolution and the Civil War in Russia. Both of these films were thought to have been lost forever until, in 2018, film historian Nikolai Izvolov recreated the first of them - The Anniversary of the Revolution (1918). The restored film premiered at IDFA 2018 along with a live musical score and screenings at numerous international film festivals and other events followed. 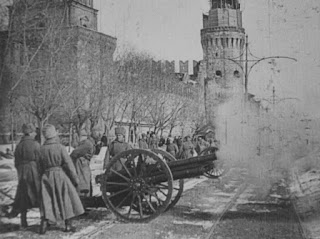 Now, three years later, Nikolai Izvolov is bringing back to life Vertov’s sophomore film The History of the Civil War (1921), in the year of its centenary celebration. After its initial completion, the film had only one private screening in June 1921 during the 3rd World Congress of the COMINTERN (“The Communist International“ organization) in Moscow that received no more than 600 delegates. The film has never before been screened in public and in the late 1920s; even Vertov himself wrote that he was unable to locate a single complete copy of the film. 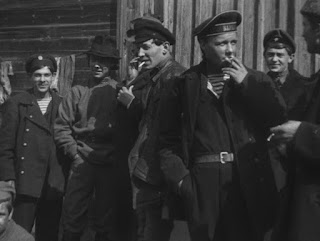 A description of the film had been preserved by Russian cinematographer Grigory Boltyansky (1885-1953), though, and stored in the Archive of Literature and Art in Moscow. Based on the texts by Boltyansky, Nikolai Izvolov started searching for the pieces of the original materials stored in different archives. Finally, he managed to collect almost all parts of the 35-mm films, scan and assemble them in a 94’ film. The film restoration took Nikolai Izvolov almost two years. The only scene that is missing from the original is one featuring Stalin, which could not be traced. 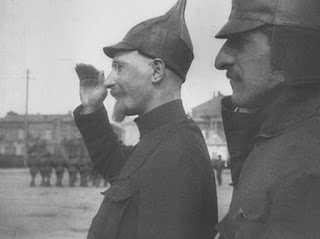 The film covers the events of the Civil War in Russia (1918 – 1921) which appear in chronological order, and includes the following chapters:
1. The White Terror
2. The Suppression of Counter-Revolutionary Uprisings
3. The Disarming of Moscow Anarchists by Soviet Troops on 11-12 April 1918
4. Yaroslavl after the Officers’ Insurrection which Lasted from 6 to 21 July 1918
5. The Suppression of the Astrakhan Uprising
6. The Period of Partisan Activity
7. Partisans on the Czechoslovak Front
8. The Kolchak Front
9. The Denikin Front
10. The Caucasus Front
11. The Vrangel Front
12. Crushing the Kronstadt Mutiny
Just like in Vertov’s first film, The Anniversary of the Revolution, we see a grandiose cinematic work capturing a crucial historic period of the 20th century. It also includes several historical characters, leaders of the Soviet government and of the Red Army, such as Leon Trotsky, Kliment Voroshilov, Semyon Budyonny, Fedor Raskolnikov, Ivar Smilga, Sergo Ordzhonikidze, and others. 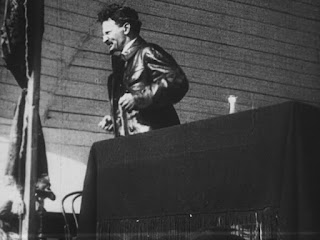 Originally a silent film, this new screening of The History of the Civil War will be accompanied by live music by the Anvil Orchestra. Musicians Roger Miller and Terry Donahue, former members of the Alloy Orchestra, have composed a soundtrack to the film and will be performing this live at IDFA. With the Anvil Orchestra, Miller and Donahue continue the silent film accompanying tradition of the Alloy Orchestra, after it disbanded earlier this year. They have created contemporary scores for more than thirty silent classics, such as Vertov’s Man With A Movie Camera, Fritz Lang’s Metropolis and Strike by Sergei Eisenstein.

The History of the Civil War is produced by Konstantin Grinberg-Vertogradsky for Aerogroup (Russia), Grinberg Bros (Israel) and Vertogradsky.com.
Find out more about the IDFA here.
Image - IDFA
Email ThisBlogThis!Share to TwitterShare to Facebook