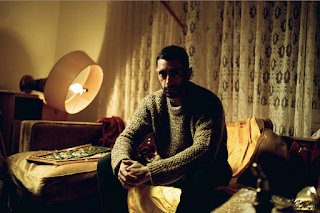 As it's Christmas Eve, and you have some time, treat yourself to an Oscar short-listed film and watch Riz Ahmed starring in Aneil Karia's The Long Goodbye [it's ok, it's not that long - in fact it's only eleven minutes - Ed]...

Riz and his family are in the middle of preparing a wedding celebration when the events unfolding in the outside world arrive suddenly on their doorstep. The result is a visceral feat of filmmaking, and a poignant poetic cry from the heart.

Created as a wake-up call against rising intolerance, Aneil Karia’s THE LONG GOODBYE takes us on a journey that is both intimate and devastating. The short film is an unflinching look at what may lie ahead for us in these increasingly intolerant times, and what is unfolding for minorities as we speak in many countries around the world, thanks in no small part to the bold, immersive cinematography is credited to by Stuart Bentley (Humans, I Am).

British Director Aneil Karia began his career directing several award-winning shorts, including BEAT starring Ben Whishaw, and his Film 4 financed short WORK which was nominated for a BAFTA and a BIFA. His credits include TOP BOY, Channel 4’s PURE and Kano’s TROUBLE. Aneil Karia’s whose debut feature ‘SURGE’ won a Jury prize at the Sundance Festival, and he is a rising star of British Independent Film. The film was produced by Rooks Nest and was released this year. Most recently, he directed TEARDROPS for Kano. He said of this film's nomination, "The Long Goodbye getting shortlisted for the Oscars means the world to me. I'm so grateful to the Academy voters for giving this film - that came from such a personal and urgent place - this kind of recognition. Thank you."

Award-winning actor, writer, producer, musician, and activist Riz Ahmed is an Emmy Award winner for his lead performance in HBO’s THE NIGHT OF. He is also an Academy Award, Golden Globe Award and SAG nominee for his lead performance in SOUND OF METAL, a film which saw him win the National Board of Review and the IFP Gotham Awards for Best Actor, as well as being recognised as Best Actor by more than fourteen leading critics groups - the most “Best Actor” awards of 2021, to date. He is the first Muslim to be nominated for lead actor at the Oscars, and the first to win a lead acting Emmy. MOGUL MOWGLI marked Ahmed’s production company Left Handed Films’ feature film debut. Co-written, starring and produced by Ahmed and directed by Bassam Tariq, the film was nominated for a 2021 BAFTA Award for Outstanding British Film. Next up, Ahmed can be seen opposite Octavia Spencer in Amazon Studios’ psychological thriller ENCOUNTER, directed by BAFTA-winning UK filmmaker Michael Pearce (Beast).

Ahmed said, “Can’t explain how much it means to have The Long Goodbye shortlisted for the Oscars. Thank you to the Academy voters and everyone who has supported this film. Aneil and I made this from the heart, it’s amazing to see how it’s connected with other people. I hope it continues to spread, and that it’s a wake-up call and that the world gets to see what a phenomenal filmmaker Aneil Karia is”.

The film has been blazing through the festival circuit taking home two Oscar-qualifying awards, one at the prestigious Hollyshorts in Los Angeles - as well as winning Best Short at the British Independent Film Awards and the Cannes Lion.

THE LONG GOODBYE’s The film was made in collaboration with WePresent, the digital arts platform of WeTransfer.
Image - WePresent
Email ThisBlogThis!Share to TwitterShare to Facebook