Documentary – The Man Who Bought Cricket 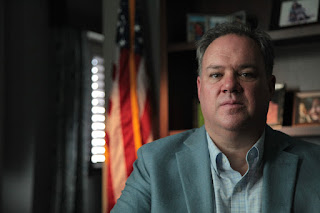 Steve Taylor-Bryant found a financial fraudster on a sticky wicket as he watched the documentary The Man Who Bought Cricket on Sky Documentaries...
I am not a lover of cricket. I grew up in Germany, out of reach of the County system that garnered many fans from my generation and, outside of Football, my sporting interests tend to either involve engines or Americans. I am, however, unhealthily obsessed with financial wrongdoing, fraudulent business practices, and books and documentaries on financial wrongdoing and fraudulent business practices so I was a little nervous about the ‘Cricket’ in the title and the amount of cricket in the trailer for this documentary. Luckily for me, though, it had extraordinarily little to do with cricket.

Whilst I have studied Bernie Madoff, and Enron, and the 2008 crash quite a lot I had ignored Allen Stanford because I remember the big, brash American landing his helicopter on the hallowed ground of Lords and challenging England to a $20million game of cricket and I didn’t care to be honest. Billionaires will waste money because they have no respect for it, big headed asshole billionaires will flex their financial muscle publicly and, ya know, cricket are all good reasons to not care much. Why should I expect English cricketers to have morals and not sell their souls for millions of dollars when I watch overpaid footballers every week? But, underneath the brash challenge about cricket, is the world's biggest ever Ponzi scheme affecting the world's biggest amount of victims and a man that makes Bernie Madoff seem like quite a nice guy and a solid investment in comparison.
Whilst the programme starts concentrating on the cricket angle, and I am sure many in the English cricket community will suffer endless embarrassment during these moments, it is the story of Allen Stanford in the early segments that intrigues the most. From bankrupt gym owner to saviour of the Caribbean is quite a journey but there are people in Antigua that genuinely saw Stanford as the messiah. He created jobs and infrastructure, he invested in the communities and helped to raise both the profile of the island and the poverty level, but it turned out he was doing it fraudulently all along. As his wealth grew so did his ego and he sought to raise his own profile at the same time which was probably the beginning of his downfall, because that is when bodies like the S.E.C and the Justice Department start to become interested in him. 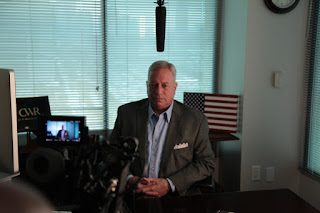 The final part of the documentary, after the English cricket team lost the $20million game and came home with nothing except shame and egg on their face, concentrates on the legal aspects of the fraud and how hard it was to actually get to a point to be able to charge Stanford with a crime until, finally, his Chief Financial Officer and co-conspirator struck a deal for minimal jail time in payment for his testimony, which saw Stanford get 100 year sentence.
This documentary is an outstanding film about Ponzi schemes, how they work, and just what financial scammers are like. It shows the lavish lifestyle and egotistical fantasy that Stanford had built for himself really well, but it also shows his victims, the retired teachers who had invested their retirement and life savings in this scheme, and gives the viewer a real sense of the loss and anger they feel. They didn’t get their money back, it had all been spent. Some only received pennies on the dollar for the losses they incurred, leaving some distraught enough to take their own lives, and many now living in abject poverty, their comfortable later years ripped away from them. These people are no fools who fell for a ‘Too good to be true’ scheme like many of Madoff’s victims, these people were promised solid investments that were safe and conservative, basically they were lied to by a man who has no morals, by a bully who only cared for himself.

Come for the embarrassing cricket if you must but stay for the complex financial fraud and excellent documentary filmmaking.
Follow Steve on Twitter @STBwrites
Images - Stuart Bernard, Sky UK Limited
Email ThisBlogThis!Share to TwitterShare to Facebook