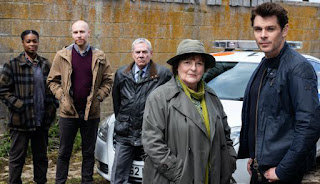 Ahead of the first of two new feature-length stories which starts on ITV on Sunday, read an interview with the star of Vera, Brenda Blethyn...

Award winning actress, Brenda Blethyn dons her infamous mac and hat to play the unorthodox but brilliantly perceptive Detective Chief Inspector Vera Stanhope, in two new chilling feature length episodes set against the backdrop of the North East. [By the way, don't worry if you see these referred to as Episodes 3 and 4 in TV listings, they are both standalone and a continuation of the series that saw 2 episodes shown last summer - Ed] 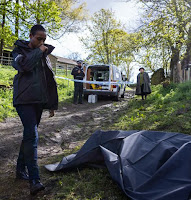 When security foreman Gary Mallon is fatally wounded during a robbery at a Blyth container port the evidence points to an audacious heist that went awry. Vera begins to suspect an inside job. But the investigation takes an unexpected turn when Gary’s ex-wife contacts police with the news that their 13-year-old son is missing. Gary Mallon was acting under duress - the victim of a tiger kidnapping. His son was being held as collateral - but where is he now? In order to rescue the missing boy, Vera first needs to work out who was behind the robbery. Further complications ensue when she finds herself forced to collaborate with an NCA Officer who is working on a covert surveillance operation with links to organised crime. As Vera closes in on the kidnappers a misstep in the investigation leads to tragic repercussions, and she finds herself taken off the case. 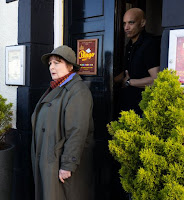 Lizzy Swann, a primary school teacher, is found dead at the bottom of a cliff-side coastal walkway. What appears at first to be a terrible accident, quickly becomes a murder investigation as Vera discovers evidence the body has been tampered with. The Swann family are horrified by the news; it is the latest in a string of tragedies to befall them; Lizzy’s husband Phil was pensioned out of the army following an injury, his brother died in a car accident and the family’s farm is falling into ruin. Vera’s interviews paint a troubling picture of a guarded and paranoid woman who in the days leading up to her death seemed to be burning bridges with friends and family alike.

When Vera discovers Lizzy was recently suspended from work for recklessly accusing a father of physically abusing his son - and her family were kept in the dark - she begins to wonder what other secrets lie at the heart of this case. A perpetual feud with her bereaved and envious sister-in-law, Rose; clashes with her youngest daughter’s willful boyfriend, Greg, and a public confrontation with Phil’s close-friend and tenant, ‘Macca’ McCarthy, leave no shortage of suspects, but Vera begins to suspect the truth behind Lizzy’s murder may be far more insidious.

The two self-contained crime stories have once again been inspired by the best-selling novels and characters created by acclaimed crime writer Ann Cleeves, who received the Diamond Dagger Award at the Crime Writer’s Association in 2017 for a lifetime achievement for sustained excellence. Made by Silverprint Pictures for ITV, these episodes from series eleven have been directed by Paul Gay and Waris Islam. Regular series writers Paul Matthew Thompson and Sally Abbott also return to the production. Silverprint Pictures Executive Producer, Phil Hunter, returns for his fifth consecutive series. 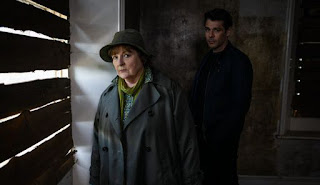 Here's the interview:
Q: It must have been really gratifying to have had seven million viewers tune in for the first two episodes during 2021. What reaction did you receive from the fans?
“It certainly was pleasing. However, the viewers enthusiasm was tempered by their disappointment of only having two episodes. I’d explain it was because of Covid and that more episodes were on the way which cheered them up somewhat.”


Q: Vera always boasts an incredible array of guest artists. Who is appearing in the new episodes?
“On Vera we are blessed to have a fantastic casting department. Maureen Duff never fails to get us the cream of acting talent. We’ve some really good actors appearing in the new episodes – Bill Ward, Charlie Hardwick, Ann Mitchell, Craig Parkinson to name just a few. “We’re fortunate that A-listers are happy to come and do just a scene or two. We also have some brilliant newcomers, namely Megan Purvis, Chloe Harris and Grace Hogg-Robinson.”


Q: The series regulars also play an important part to the success of Vera. What can you tell us about the dynamics and relationships between everyone?
“The team play a very important part to the success of Vera. The Vera family works very well together. We have a great rapport. A great laugh too. Lots of people have told me that Jon Morrison is the most convincing copper on the tele! He’s been with Vera the longest and a real anchor. And where would Vera be without Aiden, Mark and Jac? She gives them some stick but their loyalty remains steadfast. Even the grumpy pathologist seems to enjoy goading Vera. Paul Kaye is hilarious, I love my scenes with him. “Aiden (Kenny Doughty) and Vera are practically joined at the hip. He is the most wonderful actor to work with, a constant delight. DC Mark Edwards (Riley Jones) started as a uniformed copper in one episode of the first series. He was terrific so David Leon and I championed him to become a permanent member of the team. He’s been with us ever since. DC Jac Williams (Ibinabo Jack) has been on the team since series eight having transferred from Fraud Squad. So glad she’s a permanent member of the team. Another delight.”


Q: What locations can viewers expect to see?
“I love the beauty of Northumberland, whether it’s a seascape, landscape, the moors, or the city. It’s stunning and we have a real mix of everything being featured across these new episodes. Our locations team always continue to surprise us.”


Q: Do you have a favourite or memorable episode?
“Many of them. Don’t forget I’ve made 46 Vera films to date. Most recently I loved filming Tyger Tyger directed by Paul Gay and written by Paul Matthew where a driver is knocked down at the shipping docks and a young lad is kidnapped. Also a very early episode written by Paul Rutman, Little Lazarus, when Vera found herself acting as a caretaker for a boy whose mother was murdered in front of him. 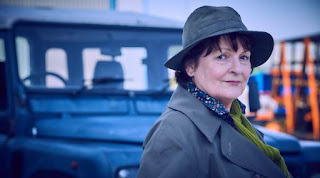 Q: You spend six months of the year filming Vera in the North East. Is there anything you miss whilst your away?
“I miss the leisure of completing The Times crossword puzzle. My brother Bill and I both love the cryptic puzzles and we race each other. He actually won the weekly prize once. I haven’t managed that, as he occasionally reminds me if I happen to beat him!”


Q: People love to watch Vera being filmed on location. What feedback do they give you?
“I find the people of the North East generally very friendly. What does surprise me is the age span of the Vera fans. You get older people but also younger - junior school age who like Vera. Their mums or dads have brought them along. One lad told me that young people like Vera because she’s in charge of all these men, she keeps them all in their place and she is funny. I’m glad they get that Vera does have a sense of humour. Apart from doing her job well.”


Q: September 2020 saw the publication of The Darkest Evening, the latest Vera novel by Ann Cleeves. Would you like to film that one day?
“The Darkest Evening is a great read. A terrific story. Telling a little more of Vera’s background. I would love to film it one day. There is a lot of snow in it so it would be a great Christmas special. And I mean a LOT of snow. Scotland maybe. Or Iceland? Or what about Norway? That’d be nice.”


Q: Can viewers expect a series twelve?
“I’ll tell you when I’ve got my breath back!”


Q: What other new projects do you have coming up?
“I was due to start Kate and Koji in the studio in January 2021. But there were too many challenges. You couldn’t have a studio audience. I’m playing a character who is serving tea and sandwiches all day long, and because of Covid protocol, I wouldn’t have been able to pass anything to anyone else. And of course, we had to stay two metres apart. So, the producer delayed it and we’re now filming the second series is January and February 2022.”


Q: What are your thoughts as we head in to 2022?
“Television was an absolute godsend through lockdown, keeping us entertained and informed. And schooled. I think as people were forced to work from home they were reminded how nice it was to spend more time with family. There was talk of continuing that way even after the pandemic eases, but I think people will start to miss the physical interaction with colleagues at work, and maybe we’ll gradually get back to where we started. Or a healthy mixture of the two.”
Tyger Tyger is on ITV on Sunday 9th January from 8pm to 10 pm
Images - ITV Hub
Email ThisBlogThis!Share to TwitterShare to Facebook