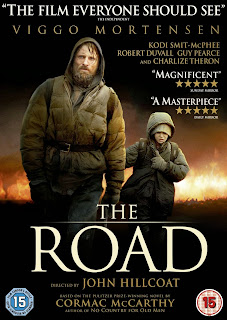 Nate McKenzie is infatuated with movies about disasters that lead to the demise of Planet Earth and its inhabitants. This time he keeps his eyes firmly on The Road...

The Road is a movie adaptation of the highly regarded novel of the same name by Cormac MaCarthy.

In a perpetual gloom, a man and his son are travelling to the coast for, as he states, no other reason than because it seems to be the right thing. In the narration by the Man (Viggo Mortenson) at the beginning he alludes to a bright light and a series of following concussions, and we assume a nuclear impact that caused the current state of the world. All is ash and all is desolate. As the Man tells it, "No animals have survived. The world is dying."

The novel by McCarthy is my personal favorite. Not one of, but the favorite book of all books I have ever read. If you haven't read it, do so as soon as you can. Especially if you have children. Especially if you are a man in this world of increasingly less manly men and have a son or daughter for which you are responsible. It will give you an entirely new respect for the job you have laid before you.

What really drew me in with the movie is the bleakness in which the Man and the Boy live. I was thoroughly impressed with the filmmakers ability to accurately depict the absolute hopelessness that McCarthy conveys through his words.

Many times an adaptation gets lazy, assuming that a few haphazard visuals will get the point across to the viewer, assuming that everyone has already read the book. While this movie stands alone thanks to the efforts of the filmmakers, it is enhanced exponentially by the dialogue which is often lifted directly from the novel. I was especially pleased at this point because the writing is some of the best you will ever read. Ever. On par with Hemingway, Thoreau, or -dare I say- Shakespeare himself. As the narration proceeds in the opening scenes, the man remarks, "All I know is the child is my warrant. And if he is not the word of god then god never spoke." A direct line from the book and if it is not Shakespearean I know nothing of good writing. 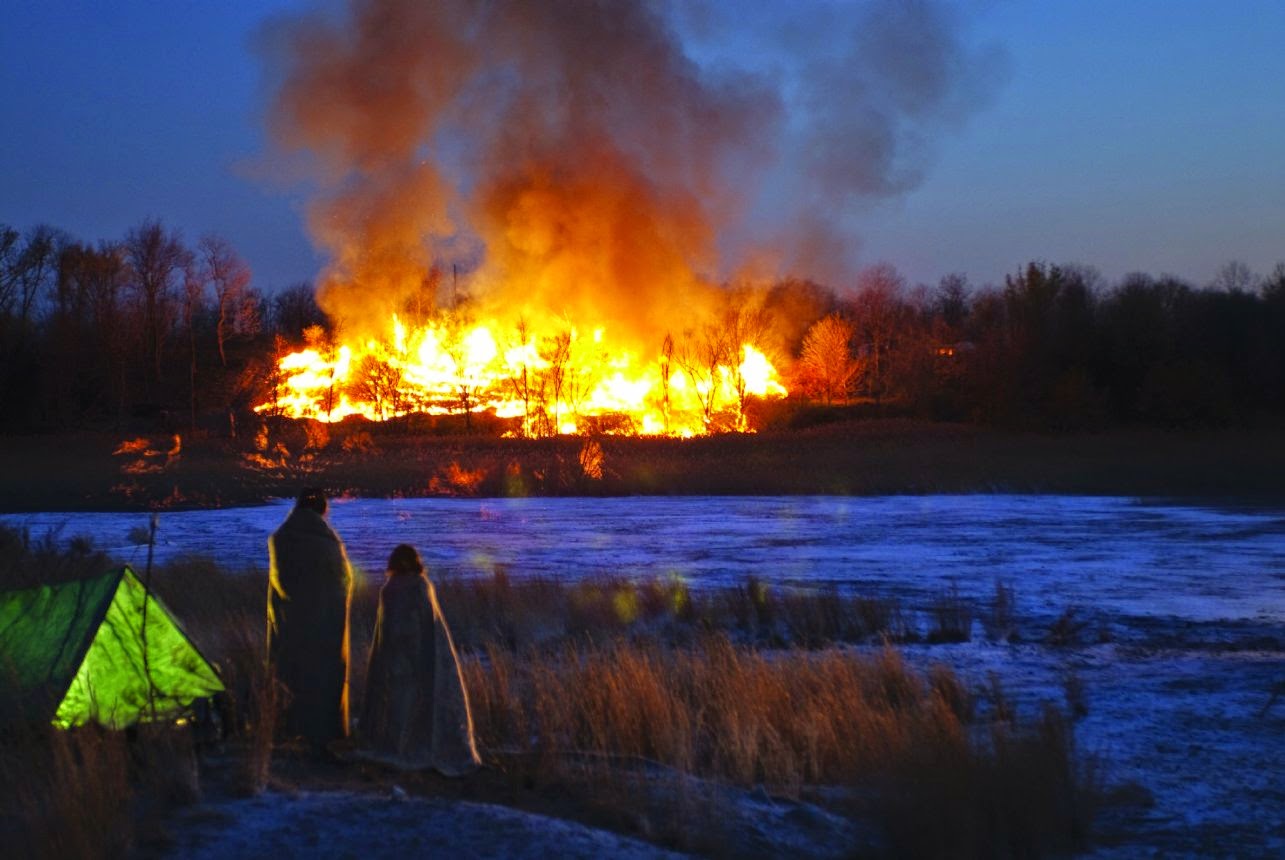 The world is harsh and so too must be the Man's outlook on the world. He wants to protect his son but realizes that as the journey progresses he is becoming increasingly sick and begins to fear for his son. He knows that he will be gone someday and his son will be left alone. For now, they are all they have.

“Then they set out along the blacktop in the gunmetal light, shuffling through the ash, each the other's world entire.”

So he tries to instill a sense of foreboding reality in him, while at the same time being the Boy's solace. Director John Hillcoat displays this sentiment in consecutive scenes. In the first, the man is reading a children's book to the boy by a fire. A simple gesture in a time difficult time; a moment shared between father and son, not co-survivors. Then the next scene, in which the Man and Boy are looking for food in a barn and the boy stumbles across bodies hanging. The Man does not shy the boy away but explains to him that the people committed suicide. "Why?" asks the Boy. "You know why". He then proceeds to remind him how to use their lone pistol with two measly bullets to kill himself if the need should arise.

The despair that the cinematographer depicts is complete. You can feel the emptiness in the shots. With so many post-apocalyptic movies that rely on CGI and a huge budget, The Road is a diamond in the rough. Kodi Smit-McPhee is wonderful as the Boy. His tears don't feel forced; he is, if there is one, the protagonist in the film. Without a doubt he is the heart and soul.

Cannibals, starvation, and succumbing to sickness related to the elements are all great fears in this world they have found themselves. These are all common themes in post-apocalyptic worlds. What sets The Road apart is the brave look at how losing oneself in the madness and becoming another thing to fear is a very real internal battle. Without the Boy, the Man would have already given up.

The Road is as realistic an interpretation as there is of what we could assume the world to be like in a world after a nuclear blast. It sugarcoats nothing but doesn't leave you completely devoid of any hope. That is precisely why I love the film.