Books/Films - The Four Courses of Hannibal 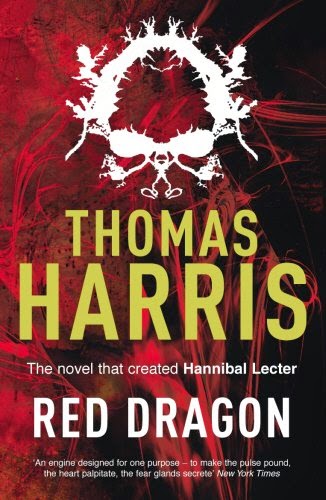 Steve Taylor-Bryant takes a look at the books, and associated films, that make up the Hannibal Lecter series by Thomas Harris...

I love horror. I love blood and guts horror, torture horror, and mythical creature horror. The likes of A Nightmare on Elm Street and the seven SAW films make up a large part of my DVD and BluRay collection but my favourite part of the genre is anything that is psychological. And this leads me to an author who does this better than most: Thomas Harris.

Harris was born on April 11th 1940 in Jackson, Tennessee and majored in English at Baylor University in the now infamous town of Waco in Texas. After a brief stint with the Waco Herald he joined the Associated Press in New York City and covered crime in the United States and Mexico whilst working on his fiction writing.

His debut novel Black Sunday is about an American planning an act of terrorism at the Super Bowl and was released in 1975 but it is a certain quadrilogy that brought Harris to the public's attention. Starting in 1981 the world was introduced to the cannibalistic sociopath Doctor Hannibal Lecter, a forensic psychiatrist.

The first publication was called Red Dragon, and followed FBI Instructor Will Graham on his hunt for a serial killer. The book was twice adapted to film with the first (entitled Manhunter) being released in 1986. CSI star William Petersen played Will Graham, with The Bourne trilogy's Brian Cox starring as the main villain of the piece, Hannibal Lector. The film, whilst not a huge box office success, was well received by critics. It was, however, remade by Brett Ratner in 2002, so Sir Anthony Hopkins would star in all three films that started for him in 1991's The Silence of the Lambs. With the book's original title of Red Dragon used this time, Will Grahams' character was played by a very capable Edward Norton. 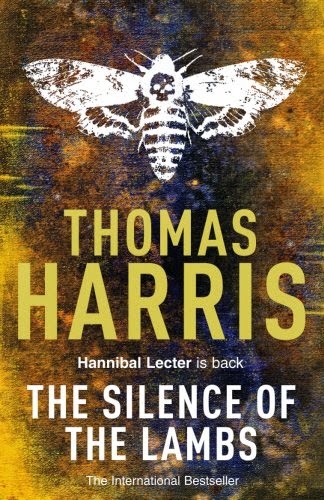 The Silence of the Lambs was released in book form in 1988 and was an incredible piece of writing. It was the first horror book I ever read and had me hooked from the very first read. It started a love affair with the horror genre and whilst I went on to read Stephen King and James Herbert, it was my trusty copy of The Silence of the Lambs I returned to.

The story centres around a trainee FBI agent, who is working with the department that draws up Psychological profiles of killers. The young agent is Clarice Starling, and she is asked to run an errand by department head Jack Crawford. There is a serial killer on the loose nicknamed "Buffalo Bill" due to his skinning of his victims; she is required to help build a profile and save the life of Senator Ruth Martin's daughter, abducted by Bill. During the investigation Starling must have many meetings with Lector, who is serving nine consecutive life sentences for brutal murders, and is confined to a single dark cell in a Maryland institution for the mentally insane. Lector immediately takes to young Clarice and wants to help her, but at a price: Starling must reveal secrets of her life as an unhappy orphan child to the doctor, and finally face the awful truths of her past. But with the possibility of catching Buffalo Bill, she reluctantly agrees and an unusual relationship is started.

After finding the pupa of a Black Witch Moth in the throat of a sixth victim, Lecter thinks he knows who the killer is, and the FBI rush to offer Lecter a deal of a move to a lower security establishment.

Lecter's nemesis and institution head Doctor Chilton hears Lecter on a recording device he had implanted in the cell reminisce about a past patient, Jame Gumb, and takes a counter offer to Lecter about a move on the condition Chilton himself gets credit for the capture of Gumb. Lecter agrees but will only give the information to the Senator herself. A deal is made and Lecter is transferred to Tennessee under extreme security, but he toys with the emotions of the Senator, feeding her a false name and information whilst revelling in her distress.

Clarice makes one last effort to gain the truth from Lecter, and gives him what he wants, her worst childhood memory, of screaming lambs on being slaughtered on a relative's farm - the young Clarice flees the farm but is caught by the farmer and sent to an orphanage...

After the briefest of physical touches, a finger to a finger, Starling goes to hunt down Buffalo Bill, whilst Lecter escapes captivity using an old hidden paperclip hidden under his tongue. He kills his guards and uses the cut off face of one of them to fool paramedics and get taken away from his captors. Starling finds and kills Gumb and rescues the daughter, being awarded full agent privilege by the Bureau. A congratulation card is sent to her by Lecter, simply saying "The lambs have stopped screaming"

The book is a fascinating read and a great insight into relationships and memories as well as the obvious insights into killers and violence, and I am yet to find a better book within this genre. It is of no surprise to me that the film of the same name went on to sweep the Oscars. Starling was played by Jodie Foster, with real innocence and fear, and the calm, calculated, evil Doctor portrayed by Sir Anthony Hopkins is possibly one the characters to most fear in film. Jonathan Demme did a very good job in sticking very close to the original book, and his direction gave a very dark feel to an already dark novel. The characters of Doctor Chilton and Barnie, Lecter's nurse, are very well cast with Anthony Heald and Frankie Faison. And finally a word for Ted Levine whose voice in particular would make anyone "put the lotion in the basket" 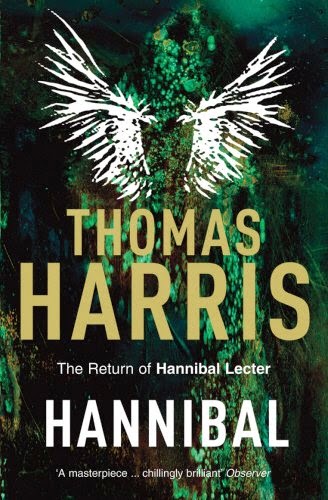 The next book and final part of the Lecter trilogy is Hannibal, released in 1999. The book for me was a lot more complicated than the first two, and I must admit being pleased when it was turned into a film in 2001, as I followed parts better, especially the ones involving Italian history, It's just a shame Starling was recast with Julianne Moore. 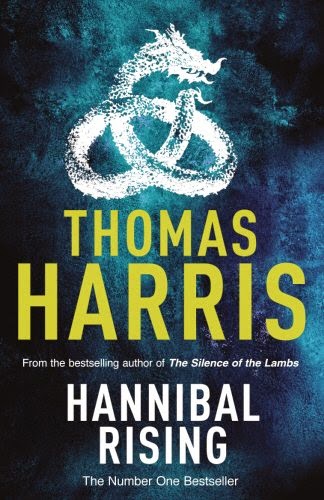 The final book in the quadrilogy, which should get a mention, is Hannibal Rising released in 2007, the inevitable prequel. The rise of Lecter from child to criminal, and whilst it was an okay read, the film was not good and drifted too far away from the original story, certainly in comparison to the previous directors, Demme, Ridley Scott, and Ratner, who stayed as faithful as possible.