Film - The Beat Beneath My Feet

Steve Taylor-Bryant, tries his best to stay focused and not ramble on about the Nineties as he reviews Luke Perry's new film...


Cast your mind back two decades and you find me. I was a nineteen year old drummer with dreams of rock and roll immortality and I was watching Beverly Hills 90210, the proper version, not that awful modern interpretation. All teenage boys dreaming of being famous watched the show, it was television's equivalent of a Brat Pack movie and we all wanted to hang with beautiful girls and dress like Luke Perry. Fast forward back to the present day and I still play drums, albeit not for Guns N' Roses, but my career didn’t quite take the turns I was expecting, which could also be said for Luke Perry. OZ and then Jeremiah should have been enough to see Perry's star rise like it should have done after BH90210 but, for some reason, the breaks just didn't come. This, whilst unfortunate for Perry, has led to smaller roles in smaller budget or independent films which pleases me as a fan, as I always knew the boy had acting chops. This brings my rambling introduction full circle as I am reviewing The Beat Beneath My Feet in which Luke Perry plays an ex-rock star called Steve.

Tom (Nicholas Galitzine) is a teenage boy suffering from crippling shyness, depression caused from the break up of his parents and the constant bullying and teasing from the other band formed of his fellow school companions, who self harms. He finds solitude in music, a past time not conducive with his mother’s love of the church and hatred of her musician ex. A strange American called Steve (Luke Perry) moves into the flat below Tom and his mother Mary (Lisa Dillon) and instantly gets Mary's back up with the playing of loud music at all hours, describing him to her church as the neighbour from hell. Steve though has a secret. He was the frontman for a very successful band in the 1990's who tragically lost his son and then his fortune and has spent the last eight years pretending to be dead to avoid prison for tax evasion. Tom recognises him and blackmails Steve into teaching him guitar so he can win Battle of the Bands and impress Felix (Verity Pinter), a girl who has taken a shine to Tom.

The above description really doesn’t do the films magnificence any justice, but I don’t think any words I put down would. I have always loved Perry but his game this time was another level. His portrayal of self hatred and guilt over the loss of his son is painful to watch, as grief should be, his frustrations at his disability and his loss of love for the world, music and himself is just stunning. Perry uses his face more than any actor I know to portray the inner turmoil he is suffering at any one moment and, when humour is required, it is delivered like a dry wit bullet. Opposite Perry is newcomer Nicholas Galitzine who seems to have a natural chemistry with Perry because when they are both on the screen at the same it is a very special occasion. The teenage angst and shyness are shown as I remember them being for me all those years ago, and his emotional marks are all hit at various times whether it be in calm silence whilst cutting himself, or loud rage, trashing his bedroom after his dad steals all his money. 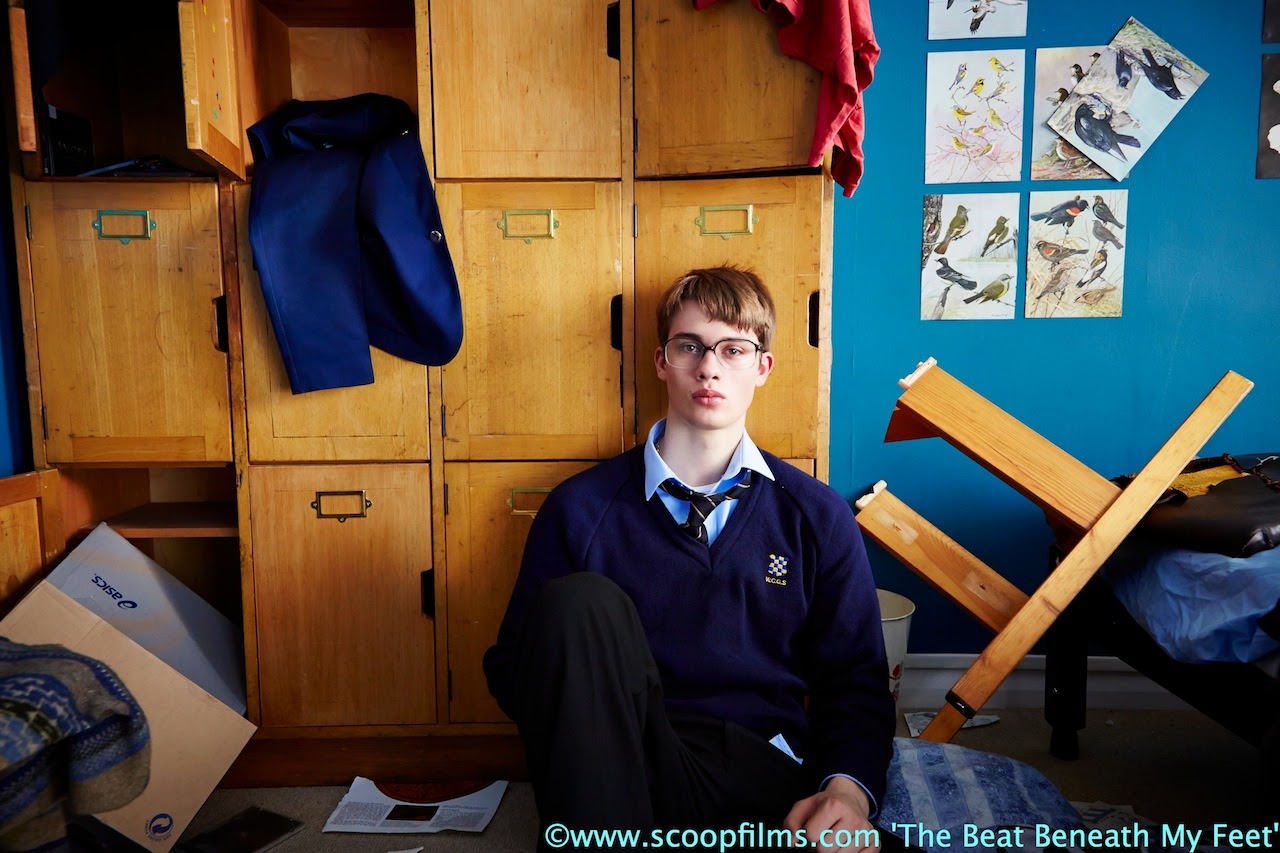 The soundtrack is worth the ticket price on its own, but the songs written and performed by Tom and Steve during the film are superbly lyrical and remind me of my own 1990's soundtrack to life. When Tom is writing a new song to show Steve he pictures himself in a music video, and these little gems of genius are what makes writer Michael Muller and director John William's film stand head and shoulders above other films of this type.

The way Perry plays father figure during the film is touching and emotional and the relief from life Galitzine shows through Tom are magical scenes that made me weep both sadness and happiness at the same time which I didn’t actually think was possible, and Lisa Dillon deserves a shout out at this point for the way her staunch anti music Mary softened, even falling for Steve at one point before diving straight back into the overprotective mother.

My favourite film of all time was a science fiction film by Terry Gilliam, Twelve Monkeys, that was released in 1995 and instantly went to the top of my list. 19 years and 1000's of films later, when I believed it would never move the from the top spot, along comes Luke Perry et al with their incredible The Beat Beneath my Feet. This film is touching, emotional drama at its very best and deserved a huge audience and to play its way into the affections of everyone like it has mine.