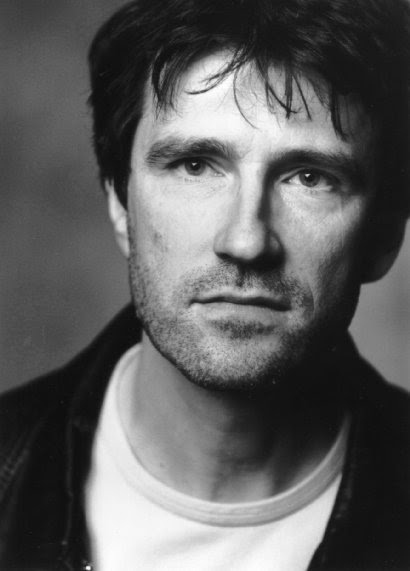 Steve Taylor-Bryant got to talk with the writer of his favourite all-time film, The Beat Beneath My Feet, Michael Müller...


"Congratulations on a stunning film. Where did the idea for the film come from?

I always wanted to be a rock star and I guess somewhere, not so deep, down I still do. When my teenage son started playing electric guitar and singing that whole desire must have fed into my subconscious because I started writing the movie.

I loved the entire movie but it flits from moments of sadness and depression to comedic ones. What do you as a writer need to do for the emotions required to be on the page?

You have to put yourself into the skin of each of your characters. It's one of the hardest things - to give each character their own distinctive voice but if you really feel the story from each character's point of view, then the emotion writes itself.

As well as writing the screenplay, you were a producer on the film. How difficult was it to do both and do you think it helped the end result that you were involved all the way through?

I find it completely natural to produce my own work. I think it's much harder to direct your own films. I love the struggle that happens between a writer and a director over the script and I think my work wouldn't be as cinematic without the vision of the director. Production is really just project management, finding the talent, the money and the time to turn the words on the page into moving pictures. Not producing my work would be like having a baby and then giving it to someone else and only seeing it again when it was grown up. Sure - it might turn out to be wonderful but you'd miss out on so much along the way.

When Tom sings he drifts into mini music videos which are fantastic fun. Did these evolve through production or are they what you originally envisioned when you wrote it?

I always wanted to use music as a conduit into Tom's inner world. As scripted these moments were like music videos - little heightened psycho dramas that pushed the story forward. When we met our director, John Williams he put forward the idea of using animation in these sections and I think they work really well.

I said in my review that Luke Perry had some extraordinary facial dialogue. Is this a process you had a hand in by giving pointers and the like? Or did the script just allow for Perry to run with the character?

When I first started writing I used to write a lot of directions in my script like 'Angry' 'Bashful' 'Aggressive'. I know that some actors find that limiting and wilfully ignore them in order to find their own truth. So now I just drop subtle clues into the action in order to gently guide the actor towards how I imagine the lines should be said in terms of the emotion behind them. Luke is such a spontaneous, truthful and inventive actor that he made the character his own and that's why his performance works so well.

What are the future plans for The Beat Beneath My Feet? I hope we can see it on general release or on DVD at some point?

We have high hopes for the film. I've had folks in their 70's and teenagers come up to me after seeing the film and they tell me they loved the film and that it made them laugh and touched them emotionally. So we can see that it has the broad appeal needed for a film to be successful in cinema, TV, DVD and all the other ways films are consumed these days.We have already secured screenings at the clapham picture house and we have international interest so we will push for a wider release. (Since this interview The Beat Beneath My Feet has secured wide release and is out on DVD on Monday! - Steve.)

Finally, this isn’t the first film you have had at the Raindance film festival. Why do you like coming back to Raindance as a festival?

The first film that I wrote called 'Dummy' starred Aaron Taylor-Johnson and played Raindance as did 'City Slacker' the last film I wrote and produced with Scoop Films. Raindance is a great festival. While a lot of the other so called 'Independent' festivals have allowed themselves to be taken over by the big studios, Raindance have stayed true to the spirit of Independent Cinema. That's not to say they lack ambition - Raindance is now a global brand, but the essence of what they stand for remains the same - supporting, educating and developing independent film making talent. The festival is in London which is our home city and it's a great platform to launch 'The Beat Beneath My Feet'. It's also a great place to get inspired, watching really good films from all over the world as well as being a great place to learn and network with lots of social events and panel discussions. I actually chaired one this year on 'The Business of Screenwriting' It feels like I've come a long way since that first film got accepted into the festival.

Thank you again very much for taking the time to answer our questions and thank you for my new all-time favourite film."