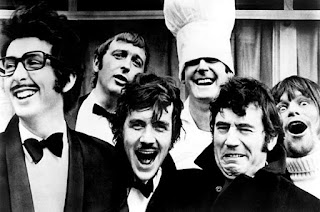 steven harris enters the ministry for silly walks and tells us his favoutite Python...


Everyone has their favourite Monty Python sketches: the cheese shop, four Yorkshire men, dead parrot, the Ministry for Silly Walks, argument, how not to be seen. There are countless sketches and endless variations, what with movie, audio, live and even film versions of the same material. People also have favourite Python films, or records, even a favourite series out of the four different seasons of the show. But do they have a favourite member of the team?

I do, but if I just tell you who it is and say ‘Oh it’s him because he’s like well funny and that’ then this article will end here.

Which would be boring, wouldn’t it?

Please wake up at the back. This is for your benefit (The Meaning of Life).

So I’ll go through the other five first and kind of say why they’re not my favourite.

I’ll stop jumping from one small, single-sentence paragraph to another now, shall I? 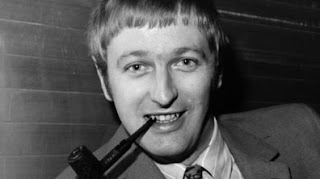 My favourite Python is not Graham Chapman. He’s the dead one. He was the gay one. He was the one who was a fully qualified medical doctor. He smoked a pipe. None of these are reasons not to have him as a favourite. He was funny, way ahead of the social curve when it came to just getting on with his sexuality amongst other people, and looked the best with a beard. And yet he is not my favourite. Because the one who is my favourite is, obviously, but also possibly because Chapman was a man with only two genuine changes of comedic pace: he could do wrath and he could do politely foolish. Extremely well, I’ll grant you, but one pretty much always got the impression that Chapman was being Chapman in whichever role he undertook. 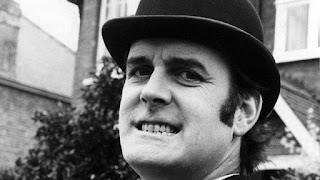 This accusation might also be levelled at John Cleese. Indeed, it could almost be said that he had but one turn of comic pace – passive-aggression. This is not entirely true but his range was, rather like that his most frequent writing partner, Chapman, reasonably limited during the Python years, something which might have prompted him to turn down the chance to be involved in the fourth television series. His finest solo moment on television wasn’t really a solo vehicle at all. Fawlty Towers depended on the excellent work of the entire cast to fully demonstrate the humour underlying the weaselling and yet self-loathingly furious Basil Fawlty, a character who again might be considered reasonably one-dimensional in and of himself. I love Cleese. He’s got that rare thing of being funny without opening his mouth but he has always struck me as the grumpiest Python and the one most frequently at the heart of reasons why previous reunions have not come to fruition. So, sorry John, no silly walk of fame for you from me.

I’m not really doing the not-my-favourite five in an order as such. This is not a top six in ascending order. And anyway, there were seven – Carol Cleveland was essential to the television show and to two of the films. I digress. No, Ronnie Corbett isn’t my favourite Python either even though he knows his place. (Frost Report) 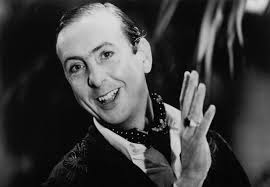 Eric Idle could and very probably would have been a very successful comic writer and performer in his own right even if the Pythons had never formed. This is true in a way of them all – clever and talented buggers the lot of them – but Idle had so many strings to his bow that he seems the most likely candidate to have pushed his way to the top of whichever tree he decided he wanted to climb. As a comic songwriter he has risen from silly ditties such as the Philosopher’s Song to the full-blown Broadway numbers of Spamalot. As an actor he is capable of playing a wider range of characters than Cleese or Chapman. He practically invented the ‘mockumentary’ two decades before The Royle Family or The Office came along with his superb and still very funny film about The Rutles, All You need Is Cash (aided and abetted by Python friend and Bonzo Dog Doodah Band stalwart Neil Innes). Idle has even had some decent Hollywood credits to his name but he’s not my favourite. If it wasn’t Cleese providing obstacles to reunions or new projects then it was often Idle’s overly forthright public espousals (usually concerning Cleese) that put the kybosh on things. 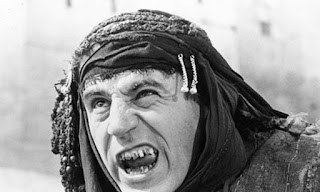 Terry Jones is something of a good egg, unless you are being directed by him, apparently. Jones in the director’s chair, according to fellow Pythons, can be curmudgeonly and intractable. Isn’t that what most good directors are like? In front of the camera he always made the most hilarious of the dragged-up ‘women’, was once a little too fond of showing off his naked buttocks, and has an infectious giggle. He collaborated with the late, great Douglas Adams on Starship Titanic, a mind-bogglingly complex computer game from the innocent days of pointing, clicking and waiting for screens to load with new instructions or visual scenarios. Jones has also frequently been credited with developing the Python trademark of melding sketches into one another so that punchlines were rendered redundant and the sense of comic anarchy intensified. In truth this was as much stolen from Spike Milligan’s earliest TV shows as it was a Python innovation but then Monty Python owed much to The Goons anyway. Without Milligan, Bentine, Sellers and Seacombe’s brand of insanity invading the radio-waves of the 1940s and 50s, absurdist comedy might have stayed an elitist, upper-middle class theatrical trend and never been allowed to infest television comedy in the first place. I’d like Jones to be my favourite Python in some ways – he’s Welsh, writes great books, is a fabulous raconteur and still possesses that same catchy giggle. But his buttocks traumatised me as a child so it can’t be him. 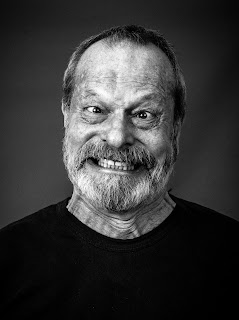 The other Terry, the American one, the Gilliam one, is a genius. He is possibly the only true genius the troupe possessed. From his brilliantly ridiculous and often bitingly satirical animations in the early TV shows to his direction of some of the Python films to his later, often ground-breaking movies for Hollywood studios, Gilliam has never wanted to compromise his comic vision or his social commentary. I could quite possibly survive on a desert island if I had his entire film collection to keep me company which sounds like a silly thing to say until you remember that his oeuvre includes such diverse and often challenging movies as Monty Python and the Holy Grail, Brazil, The Fisher King, 12 Monkeys, Fear and Loathing In Las Vegas, and Tideland. Tideland itself is a triumph, a unique and freakishly beautiful feat of cinematic wonder that every human being should watch at least once in their lifetime if they want to test whether they genuinely possess heart, soul and compassion. Like the Welsh Terry, the Vietnam draft-dodging Gilliam one can be difficult and cantankerous behind the camera but, like I say, the man is a genius. Personally I’d rather be yelled at and made to feel like I wasn’t trying hard enough by a genius than by some more-is-less, onscreen explosions addict who barely knows how to tie up his own shoelaces (yes, I am looking at you, Michael Bay). But Gilliam can’t be my favourite Python either. Largely because he does that dreadful po’ Lazarus impression of an Afro-Carribean whilst blacked-up in the middle of The Meaning of Life.

So the harris winner is, count them off on your fingers folks, yes that’s right: Michael Palin. Loveable, globe-travelling, kindly, smiley, even-tempered, right proper loony when in character Palin. When in character is an important phrase. He is my favourite Python partly because of the things I have just mentioned but mostly because he is the finest character actor out of the bunch. He can switch from role to role and inhabit the different performances in a way none of his fellow Pythons are able to. If you don’t believe me go and watch The Life of Brian again. There are frequent scenes in which the cut from one scenario to another involves jumping from Palin in one role to him playing a different role and you barely even notice it is the same man. On acting chops alone he would have got my vote but there is so much more to love about Palin. He’s the guy who sang The Lumberjack Song, for larch’s sake! He sells dead parrots (excuse me, this is irrelevant is it not? Oh yeah, but it isn’t easy padding these articles out you 1500 words, you know). He doesn’t sell any cheese at all. Not a scrap. He’s been deliberately wasting your time. He was superb in Alan Bleasdale’s tragi-comic series GBH back in 1991 (in which he emulated the Welsh Terry by getting his buttocks out for the camera). He and Jones wrote the excellent and cruelly never-repeated Ripping Yarns series for the BBC in the late 70s. And he’s got a massive willy. Oh what a giveaway!