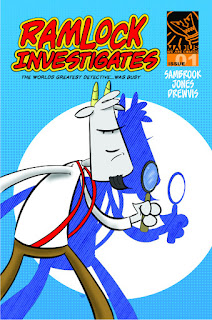 The World’s greatest detective...was busy... So they went with the next best option!

Enter Shirley Ramlock and Hamish Pigling, Natropolis’ dynamic duo of dingbattery. What connects a break in at the city's largest bank, the theft of a sheep’s wool and Ramlock’s pressing desire for Won Tons?

Find out in the action packed, mystery jamboree of Ramlock Investigates.

From the warped minds of Jones/Sambrook (Papercuts and Inkstains) and the Hootenany Hand of Drewvis, Ramlock Investigates is an all ages romp which is fun for all the family. 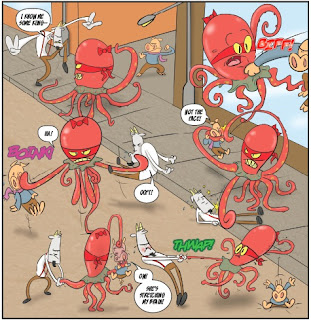 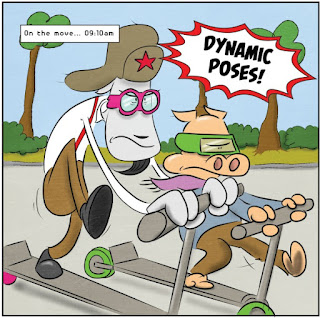 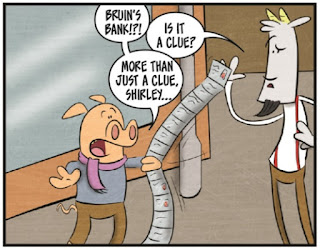 Ramlock is being released on October 24th at Nottingham Comic Con, in the UK. It will then be available from Madius’s Web Store: http://madiuscomics.bigcartel.com/

And also available at selected comic book stores throughout the UK. It will also be available digitally in the near future.

Rob Jones has written Papercuts and Inkstains #01 & #02 for Madius Comics and is currently lettering comics for American Gothic Press and Amigo Comics. Rob proudly owns all his ears.

Michael Sambrook has written for Papercuts #02 and is a lot shorter in real life than you might expect.

Drewvis is Drew Bristow, illustrator and Ska musician supreme. Drew also has Dog and Dave sort of save Christmas coming out with Madius Comics in the future.