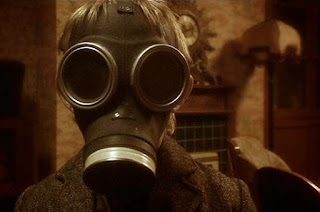 For Halloween, Steve Hendry gives us his countdown of the scariest Doctor Who episodes...

Happy Halloween folks! You’d think preparing a top 5 scariest Doctor Who stories list would be simple for me, right? To be honest I’d have had an easier ride if I’d had to read through Lovecraft and Poe’s entire back catalogue for the past six weeks instead. I have to tell you that, among others, Revelation of the Daleks, Blink, Turn Left, Inferno, The Unquiet Dead, The Curse of Fenric and The Ark in Space haven’t quite made the cut. I can’t tell you how painful that was. So, without further ado, here are my top 5 chillers from the Doctor Who televisual universe! 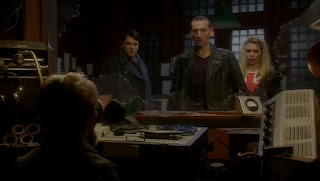 Steven Moffat’s Who debut wasn’t matched in quality by today’s show runner until Listen was broadcast a few weeks ago. It is a majestic piece, and in possibly the scariest season in the show’s history (The Unquiet Dead, Father’s Day, The Long Game and The Parting of the Ways all make me clench at various points) it is a triumph in more than just its ability to scare. Without prior knowledge of the writer, you know he has fused the very best elements of Who together over ninety minutes of tension, humour, body horror and good old fashioned pants-shitting scariness. Savour the repartee between Jack, Rose and the man who holds it all together, then saves the day with a moment of inspired genius right at the end- Chris Eccleston’s brilliant, Northern Doctor (when did Moffat forget The Doctor should do that every week, by the way?). Look back to the days when we had Captain Jack as a guest companion, not Courtney Woods. Best of all, switch off the lights, pour a drink and enjoy every second of a perfect Doctor Who story. And don’t forget the welfare state. 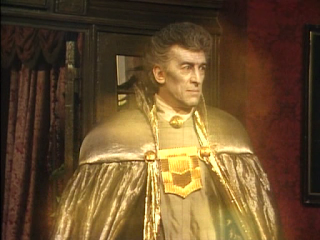 When Doctor Who used its head in the 1980s, and worked within its production limitations, it was absolutely dazzling. The smarter designers and directors realised they could use the BBC TV Centre’s smaller studio square-footage to their advantage in creating on screen claustrophobia that had you checking the living room door was still there. Marry in the BBC costume department’s piece de resistance, Victorian era props and dress, then factor in a top quality cast and you risk producing something extraordinary. And so it came to pass, in 1989, that Sylvester and Sylvia, Alan Wareing, Nick Somerville et al delivered the best Who horror story since number 3 on this list. The deaths are gruesome, the terror is tangible throughout and the greatest feature of Ghost Light is there’s something to scare everyone at least once. Marc Platt’s script is a replica of nothing; its originality was typical of the Cartmel/JN-T era and perhaps the bravest commission of any script since Vengeance on Varos and Enlightenment before that. It is definitely one you need to concentrate on to fully enjoy, but it really is well worth the effort. When people tell me they don’t understand Ghost Light, I tell them to re-watch it and try again, next time without a cushion in front of their face. 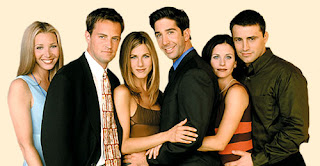 If Horror of Fang Rock was a Friends episode, it’d be The One Where Everybody Dies. Chandler would look from the top of the lighthouse and ask “could that yacht BE any closer?” Joey would be cloned by a Rutan and start eating people. Monica would be dead on the rocks outside; with Chandler’s urine unable to help her after a Rutan attack in the same way he once saved her from a jellyfish. I’m your go-to guy for Doctor Who/Friends crossover fan fiction. Ok maybe not. 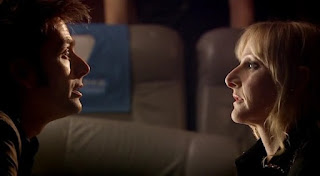 Doesn’t Russell T Davies write richly drawn, colourful characters? He’s a great comedy writer isn’t he? He’s on par with Jimmy McGovern when it comes to gritty, ‘kitchen-sink drama’ that RTD. Really knows his Who, old Russ. All true of course, but until Midnight aired I’m not sure anyone realised how well he could write psychological horror. The opening telephone exchange between The Doctor and Donna lulls the viewer into a false sense that they’re embarking on a lighter type of Who story; ‘companion-lite’, with a sound moral message and The Doctor saving everyone on board at the end. This continues well into the episode, with the feel of a coach excursion, which it, er… is. Then, all of a sudden, the walls of the bus feel like they’re closing in and everything goes horribly wrong.

It’s a vicious switch in tone, and amplifies the claustrophobia beautifully. Most of The Doctor’s fellow passengers react as less desirable humans tend to in a crisis, and a world of chaos erupts around him. David Tennant gives the performance of his life, and he’s delivered some absolute belters over the years. His Doctor losing control is the single most panic-inducing sequence I have ever seen, in anything. This is our hero losing his mind, his strongest shield and greatest weapon, gradually falling victim to an unseen enemy. So often, The Doctor saunters off into his TARDIS at the end of an adventure, yet this ancient Time Lord who’s seen and done more than any man in the universe is still visibly shaken by the conclusion. I don’t know about you, but I slept with the light on and didn’t get on a bus for six months after Midnight aired. You genius rascal RTD, it’s time you came home.

1. The Waters of Mars 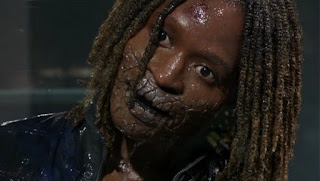 Phil Ford made carrots scary with this episode. Moffat uses the dark, shadows, silence and the feeling that there’s something sinister just out of your peripheral vision. Ford had killer carrots. Way to get the kids eating their veg there Phil. The horrific fate of the vitamin A- seeking crew member of Bowie Base One is still way down the list of scares here, when it would surely be number one in any other story. Gadget provides the only brief semblance of light relief over the course of an hour that is pure, astonishingly gripping space horror. When a Dalek appears AT A LITTLE GIRL’S WINDOW, even that isn’t the scariest bit! Graeme Harper’s direction is, predictably, perfect throughout. Harper is nothing short of a magician, the show’s most pioneering director, who can make the most mundane scene gripping, the most tender even more affecting, and have you requiring something or someone to hang on to when he dials up the scary. The Flood, a brilliant enemy that would strike fear into even Grand Marshal Skaldak, are always reminded to me when there’s a burst water main round my way. But even this movie-grade opponent isn’t the most disturbing element here. The Time Lord Victorious is the most dangerous villain we’ve met since 1963. He is no more ‘The Doctor’ than the man the eighth Doctor chooses to regenerate into on Karn; and Adelaide’s shocking suicide, along with the arrival of Sigma, is enough to kill him off as quickly as he arrived. This anti-Doctor would surely send even The Master running for his Chameleon Arch, and is the most terrifying feature of Doctor Who’s best ever horror story. Don’t have nightmares…