TV – Why You Should All Be Watching Mr. Robot 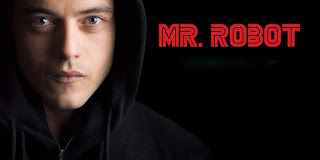 Steve Taylor-Bryant waxes lyrical about a U.S show about to start in the United Kingdom on Amazon and tells you why you have to watch it…


Hello friend. Hello friend? That's lame. Maybe I should give you a name. But that's a slippery slope, you're only in my head, we have to remember that. Shit, this actually happened, I'm talking to an imaginary person. What I'm about to tell you is top secret. A conspiracy bigger than all of us. There's a powerful group of people out there that are secretly running the world. I'm talking about the guys no one knows about, the ones that are invisible. The top 1% of the top 1%, the guys that play God without permission. And now I think they're following me.

My own mental health trials and tribulations are well known if read my articles, as are my thoughts, enthusiasm and general nerdiness about the basic subject matter involved in Mr. Robot so this will come as no surprise to any of you – I can’t guarantee this is an open minded article, although I’ve tried to be fair.

Elliot is a hacker by night but cyber security specialist for Allsafe by day. A man who suffers crippling anxiety and bad people skills, Elliot finds hacking into the lives of other people more comfortable and in the opening episode has a child pornographer arrested and a philandering husband removed from the life of his therapist before he breaks her heart completely. As part of his job for Allsafe, a job he shares with his childhood friend Angela (Portia Doubleday) he must help out when their biggest client E Corp is continuingly hacked by the strange sounding f society. With the instruction off society and the thoughts of revolution swarming in his mind Elliot changes some vital information he gives to F.B.I which in turn focuses the hacking investigation on their own high flying VP Terry Colby (Bruce Altman) that leaves the way for the just as evil deputy VP Tyrell Wellick to possibly take over but as the series progresses he has his own issues to deal with as he finds top businesses don’t always work as he wants.

As I said in my introduction I have my own mental health issues I deal with on a daily basis. I have voices in my head that are sometimes harmful to my existence, I have crippling anxiety even around my closest friends, and I have a family that depend on me which is pressure on the best of days. What I can’t stand in modern television and film is the almost sympathetic way mental health is portrayed. As sufferers we don’t like people being sympathetic, we want to world to know exactly what it’s like to suffer and Mr. Robot handles the complexities of mental health brilliantly by just telling it like it is. Elliot knows he suffers, he attends therapy as he has to not because he wants to, he hears voices, he talks to himself, he tries to drown the crippling pain and loneliness feeling by taking drugs supplied by his neighbour Shayla (Frankie Shaw), but at no point do I feel like giving him a cuddle or asking if he’s okay. He is just getting through a day like the rest of us and this was refreshing from a medium that loves a charity case usually.

The technical speak was not dumbed down, neither was the ability to understand what was going on if you come to the show from a non-technical background. All the talk of DDOS attacks, Onion Routing, TOR routing and the like, whilst not explained in minutest details are covered enough to never stop the flow of the episode, and deep enough for true lovers of the terms and what they mean to get a kick out of. The mirror on society that is shown through Elliot's eyes is brilliant and shows the society that lots of us see and live in. We love our consumerism but never stop to look at the young children forced into cheap labour by the likes of Apple, we all love the fakery we can surround ourselves with via our social media accounts so we don’t ever have to be intimate with a person, we hold up counterfeit celebrities as true icons, and the phrase in episode 1 that resonated with me most was “The Bubble – The reality of the naive” which so many of us, myself included get sucked into. 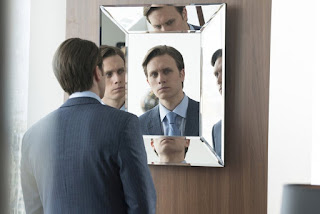 Is it that we collectively thought Steve Jobs was a great man, even when we knew he made billions off the backs of children? Or maybe it's that it feels like all our heroes are counterfeit? The world itself just one big hoax, spamming each other with our burning commentary bullshit, masquerading this insight; our social media faking this intimacy. Or is it that we voted for this? Not with our rigged elections, but with our things, our property, our money. I'm not saying anything new, we all know why we do this, not because Hunger Games books makes us happy, but because we want to be sedated. Because it's painful not to pretend, because we're cowards. Fuck society.

Casting wise the show was perfect. Too many attempts at modern business films or hacking type programs give us a false look at who actually these people really are. When it comes to the top 1% of the top 1% the man in question is most likely to be a Tyrell Wellick (Martin Wallstrom) who is the cross between the fictional Patrick Bateman and the real life Enron criminal Jeffrey Skilling. Hackers will in most cases have “day jobs” they aren’t all teenage boys living with mum or Jonny Lee Miller lookalikes and in Rami Malek you have a Californian born and bred who looks every part his Greek heritage and probably wouldn’t be the main star or hero in anything else on screen. His almost monotone acting style in Mr. Robot makes the narration spot on, like we can actually picture Elliot talking directly to us. The anti-hero of the piece, the anarchist if you will, Mr. Robot himself is a great mix of various characters all rolled into the one superb Christian Slater who attacks every analogy with the enthusiasm he showed in Pump Up The Volume and True Romance and whose New York drawl really suits the role of a man who just wants to burn the world.

The nods throughout the writing to real life events and people are all handily placed to drive forward the plot whilst cleverly showing that the writers know their stuff. Evil Corp is Enron right down to the logo, f society meet in person so they can’t be done over by someone working as an F.B.I informant and turning them all in like the real life Sabu did to various members of Anonymous a few years ago, and Elliot keeping all his information on CD’s marked with various band names and album titles is almost a tribute to the way Chelsea Manning brought out the War Logs she eventually leaked to WikiLeaks before her arrest, again handed over to authorities by a fellow hacker who gave them all his chat logs, and the use of masks whilst taking over televsion is reminiscent of Anonymous and their site shut downs. The titles are written to look like computer code (the opening episode is called
eps1.0_hellofriend.mov and the next weeks is eps1.1_ones-and-zer0es.mpeg and so on).

There is modem noises within the music. The entire opening episode is just beautiful television that is produced by a team of people that have done their research, have an important story to tell, and want it to be as realistic as possible. I haven’t enjoyed the opening of a television show this much since The West Wing in 1999 and that is a long time and a lot of television later and the series goes from strength to strength after that with superb drama and twists galore.

Mr. Robot is available on Amazon from October 16.