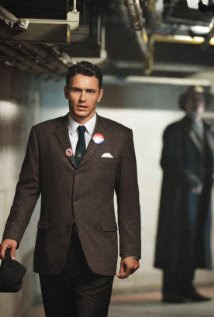 The J.J. Abrams TV series 11.22.63, based on the Stephen King novel of the same name will air on FOX it was announced yesterday ...

Under a deal with Warner Bros International Television Distribution, Fox Networks Group Europe , the same channel that shows the likes of NCIS, has secured exclusive first-run linear and non-linear rights for the series in 18 European markets including the UK.11.22.63 will only be streamed on Hulu in the US where it has its premiere on February 15th, which is President's Day in the US .

In the nine-part drama James Franco stars as Jake Epping, a high-school teacher at a loss with his life, who wants to make a difference and do something meaningful. Encouraged by his ailing friend, played by Chris Cooper, he travels back in time to prevent the assassination of President John F. Kennedy. The show also stars Daniel Webber as Lee Harvey Oswald and Sarah Gadon as a librarian Epping falls in love with. The series is written and executive produced by Bridget Carpenter (The Red Road, Parenthood, Friday Night Lights) and the two hour opening episode is directed by Kevin Macdonald (The Last King of Scotland, State Of Play)

In Europe, 11.22.63 will air over eight weeks on Fox channels and via associated video on-demand services although an exact air date for the first episode has not yet been set.

You can read Steve Taylor-Bryant's review of the book that the series was based on here.