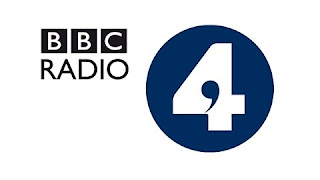 The winners of the BBC Audio Drama Awards 2016 have been announced...

John Hurt, June Whitfield and Alfred Molina were among those awarded at the ceremony which recognises the cultural significance, range and originality of audio drama - on air as well as online - and credits the creativity of the actors, writers, producers, sound designers and others who work within the field.

Lenny Henry, who hosted the event, said: “I’m honoured to have once again presented the BBC Audio Drama Awards, which showcase outstanding work by a diverse group of talented writers and creators. We should be proud of the range of excellence that the industry attracts and produces, and it’s great that this year’s awards include both classic plays and innovative dramas reflecting modern Britain. Long may it continue!”

John Hurt, who received the Outstanding Contribution Award for his roles in Radio 4’s War And Peace and Jeffrey Bernard Is Unwell, as well as many previous credits, said: “I like working in radio drama because one is using what is fast becoming the actors' forgotten weapon - the voice.”

June Whitfield, who was awarded the Lifetime Achievement Award for over 70 years in radio drama and comedy, said: “I’m absolutely delighted to have received this lifetime achievement award. It really does feel like a lifetime - I first worked for BBC Radio in the 1940s! Thank you so much BBC for this much appreciated award.”

All finalists were judged by a team of industry experts including Indira Varma, Roy Williams, Daniel Evans, Hattie Morahan, Rachel Joyce and Ruth Jones – and the ceremony featured a performance from band, The Dodge Brothers, featuring presenter Mark Kermode.

Listeners will be able to hear some of the winning audio dramas again on BBC Radio 3 and Radio 4, including Cuttin’ It, Fugue State and Reluctant Persuaders starting from Wednesday 10th February.

Best Actor in an Audio Drama

Alfred Molina in A View from the Bridge

Best Actress in an Audio Drama

Monica Dolan in Vincent in Brixton

Best Supporting Actor or Actress in an Audio Drama

Karen Bartke in My Name Is…

Best Use of Sound in an Audio Drama

In and Out of the Kitchen, by Justin Edwards, producer Sam Michell

The Kindness of Time, by Deirdre Burton and Tom Davis, producer Rosie Boulton

(Judges: Mike Bartlett, Rachel Joyce and Nell Leyshon for the Society of Authors and the Writers’ Guild of Great Britain)

Both writing awards were presented by award-winning playwright Mike Bartlett.