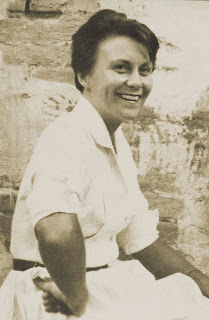 News reaches the /G-f office of the death of novelist Harper Lee...

With news just last week of To Kill A Mockingbird being adapted for the stage by Aaron Sorkin and Scott Rudin, we are saddened to learn of the death of the book's author Harper Lee.

The official press statement from her UK publishers at Penguin Random House reads:

It is with great sadness that Harper Lee’s literary agent Andrew Nurnberg confirmed today that Harper Lee passed away peacefully in Monroeville, Alabama last night, aged 89. Andrew Nurnberg said “Knowing Nelle these past few years has been not just an utter delight but an extraordinary privilege. When I saw her just six weeks ago, she was full of life, her mind and mischievous wit as sharp as ever. She was quoting Thomas More and setting me straight on Tudor history. We have lost a great writer, a great friend and a beacon of integrity”.

Tom Weldon, CEO of Penguin Random House UK, says, “We are honoured to have been Harper Lee’s publisher and so saddened to hear of her passing. She was an extraordinary writer and readers around the world will always be thankful for her legacy.”

Susan Sandon, Divisional Managing Director, says, ‘I am deeply saddened, as her millions of readers will be, to learn of Nelle Harper Lee’s passing. I am honoured to have been her publisher and feel privileged to have met with her. Our sympathies are extended to her family.’

Harper Lee was born in 1926 in Monroeville, Alabama. She attended Huntingdon College and studied law at the University of Alabama. She is the author of To Kill a Mockingbird and Go Set A Watchman. Ms. Lee received numerous literary awards, including the Pulitzer Prize and the Presidential Medal of Freedom.