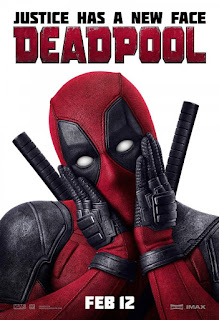 "Surprise, this is a different kind of superhero story" as Chris Smith found out when he watched Deadpool...

Deadpool has arrived and is wise-cracking his way through audiences throughout the country. Heralded by one of the most humorous publicity campaigns in recent movie history. The first full-length feature starring Wade Wilson aka The Merc with a Mouth, has been eagerly-awaited by fans of the comic since it was first announced. But does it meet the often high expectations of the comic’s fans?

In a word: abso-fuckin’-lutely. Fun, hilarious and pulling no punches (or swords or guns for that matter), Deadpool is a long-overdue injection of the comic into comic book movies. A much-needed antidote to the ever-present grit that’s now become a staple of the genre, actor/producer Ryan Reynolds and team have crafted something truly enjoyable for fans and those keen for superheroes to be something other than what they are.

Wade Wilson (Reynolds) is a mercenary who cracks jokes almost as often as he kills. When he is diagnosed with terminal cancer, he’s offered the chance at a cure and superhuman abilities by a secretive organization. Desperate for more time with his girlfriend Vanessa, he reluctantly agrees only to quickly discover that the path to a cure will involve losing his looks and his life but gaining an unhealthy desire for revenge.

Unlike heroes like the Caped Crusader or the Man of Steel who embody ideals, Deadpool is refreshingly all about himself. He regularly breaks the 4th wall and the film is very self-aware. He is a murderer, a smart-mouth, and an arsehole but he’s in love. Somehow you manage to like him not despite of being the aforementioned murdering, smart-mouthed arsehole but because of it. It’s clear that Reynolds – a devoted fan of the orginal comic – has been waiting for this role his whole career, having been trying to bring elements of the character into previous roles (looking at you here, Hannibal King). Whereas in other works, Reynolds can be annoying and brash, in Deadpool it works and it’s difficult to see how the film could work without it.

The plot of Deadpool is immersed in the world from which it sprang. Appearances from X-Men, Colossus and the bizarrely-named, Negasonic Teenage Warhead bolt the film to the rest of the Marvel universe in a way something like Avengers could learn from. Deadpool’s off-hand but perfectly timed quips about the changes in the Marvel Cinematic Universe are spot-on but not mean-spirited. Here, the audience and fans can share in the jokes – even if they’ve not read the comics.

Part of the film’s success will lie in its broad appeal. It’s a comedic film which is also a comic book movie rather than a funny comic book movie. It’s humour is crude but very rarely does it cross that line into causing offense. Yes, the humour won’t be for everyone but it shouldn’t upset people – something that comedies could really take note of. Deadpool is also the first superhero movie for older fans, and that isn’t just because of the swearing or nudity. It’s heartening to see Marvel taking risks and allowing it’s brand to move away from child-friendly films. Long may it continue.

Deadpool is, frankly, brilliant. Fun, full of blood and created with care, Ryan Reynolds’ love for the character is clear. If only all comic book films were treated in the same way (looking at you here, Green Lantern).