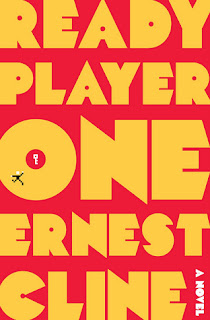 Steve Taylor-Bryant’s thoughts on the book that spawned our Project RPO challenge, Ready Player One by Ernest Cline...


In the year 2044, reality is an ugly place. The only time teenage Wade Watts really feels alive is when he's jacked into the virtual utopia known as the OASIS. Wade's devoted his life to studying the puzzles hidden within this world's digital confines, puzzles that are based on their creator's obsession with the pop culture of decades past and that promise massive power and fortune to whoever can unlock them. When Wade stumbles upon the first clue, he finds himself beset by players willing to kill to take this ultimate prize. The race is on, and if Wade's going to survive, he'll have to win—and confront the real world he's always been so desperate to escape.

It’s important to mention all the pop culture references because it is essentially the soul of the book. All the characters good and bad are brought together in the books mission because of these very shows, films, games, consoles, books and music. Without them there is no plot and it is just some nerds playing a game for 300 pages. I mean nothing derogatory with that comment but would you read a novel about playing a game if all it contained was the one game? No, I didn’t think so. I am not a gamer. I never have been really, in the 1980’s I flirted a little with the world via my Spectrum 48k and Commodore 64, but I never took up gaming as a serious pastime and as I grew older and lazier I decided my thumbs don’t want to work hard enough to play anything on a PlayStation or Xbox. I don’t recognise many of the game titles mentioned in Ready Player One and the whole Virtual Reality Facebook/Google hybrid the novel is set in, OASIS, frightens me more than it entertains in that I can see us becoming more and more locked indoors on our technology than outside in the air breathing in real life. However, the egg hunt in the book is splattered with clues that involve the films I grew up with, most of the directors mentioned by name in the novel make up my ‘favourite directors’ list. Family Ties is heavily utilised and one of my favourite television shows and the almanac in the book is basically the diary of anyone my age.

Due to the non-gaming references I bought the characters, Wade especially, and was on tenterhooks as the mission nears its end. I booed when the baddies starting opening gates, I cheered when Wade and Art3mis started talking, I probably wouldn’t have done any of this or enjoyed the book if it was gaming only.