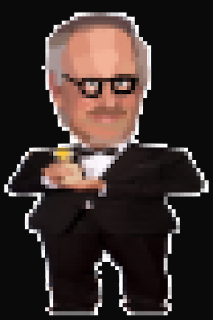 Nate McKenzie decides that, if Steven Spielberg is to properly direct the film adaptation of Ready Player One, he too has a few puzzles to solve. So are you Ready Player Spielberg...

Three articles, six intertwined points: three keys, three gates. Like Parzival, these are the puzzles Steven Spielberg has to solve in order to make Ready Player One the epic that it deserves to be.

Spielberg is an icon. The permeating 1980s nostalgia that the internet is awash in owes so much to Spielberg creations. Back to the Future, Indiana Jones, The Goonies, E.T.: all are 80s canon.

So, of course, Ready Player One is flush with references to Spielberg's works. Rightly so. But I've become concerned with at least one aspect of the upcoming film after comments from the legendary director. 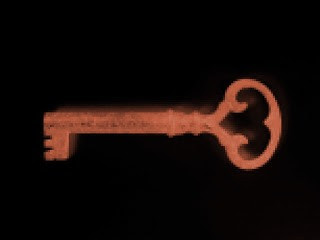 THE COPPER KEY: KIDS THESE DAYS AND THEIR GADGETS

Spielberg has reportedly said that he sees the story of Ready Player One the movie focusing on "a cautionary tale" about addiction to technology. He spoke of seeing his daughter and her friends all sitting in a room together, all of them fixated on their cell phones instead of interacting.

Now, this is a point that is definitely more than touched on in the book by Ernest Cline and I think that it certainly needs to be a part of the film. But I am worried about Spielberg sounding the klaxons and steering too much of the narrative towards warning us of the dangers of adherence to technology.

I trust him, so I'm willing to keep hope that he will stay true to the heart and soul of Cline's story; which is about finding solace in nostalgia and the excitement of adventure.

Although, considering his 2005 big-screen production of H.G. Welles' War of the Worlds was as much appropriation as adaptation, it would be a stretch to say that Spielberg completely keeps his Id in check. It was, after all, called 'Steven Spielberg's War of The Worlds'. When I take a store-bought pie to Christmas dinner I don't call it "Nate's Apple Pie".

Then again, Spielberg has a Midas touch with film and I come from a family that has a history of burning down kitchens.

Regardless, Spielberg is going to have to rectify his own strong (valid) views on the (near-) future of technology with his first priority - keeping the essence of Cline's story, and Wade Watt's universe, intact. 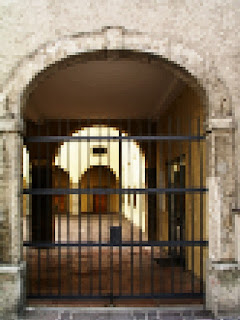 THE FIRST GATE: FROM ID TO SUPEREGO

Another concern, albeit slightly less of one, is the content that Spielberg plans to leave out of the film.

There are plenty of references to pop-culture to draw from when deciding what to include in the movie and what to leave out. Obviously, a lot of it won't make it in the movie, unless the movie is going to be 4.5 hours long (I'll have thoughts on that in a future article). Still, Spielberg has said that he plans to leave out any references to his own works, saying that it would be "too self-referential".

The guy who co-opted and rebranded War of the Worlds with his own name thinks that including references to his own work is too self-referential? The guy who had cameos in three of his own films wants to refrain from referencing himself in a story that directly references himself? If you say so, Steve.

(To be fair, his cameos aren't even in the same shoe-horned ballpark as any of Stan Lee's)

But again, benefit of the doubt and all the for the legend.

Still, if Spielberg means he is leaving out all references to his works fans will be pissed. Myself included. If you've read the book, you might be disconcerted at the exclusion of at least one major aspect of the main characters online persona (his avatar named Parzival): the flying DeLorean.

Of course, depending on how the movie is filmed he can leave the DeLorean out without actually being exclusionary. But what about the other references to Spielberg's films? Well, there aren't really any; if you discount references to his movies as an aside, and Wade mentioning playing a quest on the planet Goondocks (a recreation of The Goonies storyline) while trying to find the third key, there won't be much missed. There are simply so many references that might be included that focusing on other directors' works is a sensible way to limit the options and make the decisions easier.

I hope that Spielberg can do for Cline's novel what he did with Crichton's Jurassic Park... and not what he did to Phillip K. Dick's Minority Report.