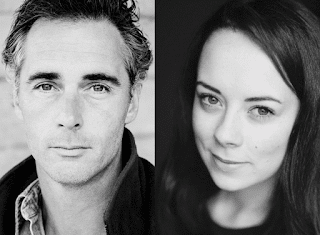 Scoop Films announces Greg Wise and Alice Sykes as the principal actors for its new feature film After Louise...

From the makers of our favourite film here at /G-f, The Beat Beneath My Feet, comes some news of the casting for their latest project, After Louise.

Kath, a shy young woman, runs out on her seaside hotel wedding in search of the mother she has been separated from since childhood. She accidentally kidnaps Bob, a reclusive hotel gardener with a sinister secret, who is taking an emotional journey of reconciliation. The pair embark on a darkly comic road trip. But can they escape the shadows of their pasts?

Greg Wise (Walking on Sunshine, Sense and Sensibility) will play Bob, a reclusive gardener with a dark secret. The casting of Alice Sykes (Cradle To Grave) as uncertain newlywed Kath continues Scoop Films’ support for exciting, up and coming young talent.

Scoop Films’ Head of Development, Fiona Gillies said, “We are absolutely delighted that Greg and Alice have joined the After Louise team.

“Greg will bring a wealth of experience as well as humour and integrity to the lead role of Bob. Fresh from his work on the forthcoming Netflix drama The Crown, Greg is an actor who isn’t afraid of tackling complexity.

“And we are excited to have found such a promising rising talent in Alice to play the vulnerable but determined Kath. We are confident Greg and Alice will forge a meaningful and engaging on-screen relationship that will entertain audiences all over the world.”

Written and co-produced by Beat Beneath scribe Michael Mueller, the film will be directed by Danny and David Scheinmann. Other producers are Fiona Gillies and Raj Sharma. Principal filming will begin on location in England this spring.

Scoop Films is an independent film production company, based in London, UK. Both Scoop Films’ previous features, City Slacker and The Beat Beneath My Feet premiered at Raindance Film Festival and both were nominated for British Independent Film Awards. The Beat Beneath My Feet, starring Luke Perry and Nicholas Galitzine, was in competition for a Crystal Bear at the 65th Berlinale and will receive a UK TV premiere and North American release later in 2016.