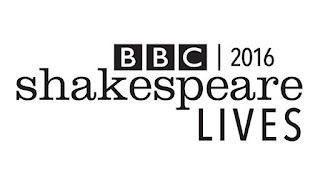 The presenters and the full schedule of events planned by the BBC for Shakespeare Day Live on 23rd April...

A dazzling array of actors, musicians and artists including Dame Judi Dench, Sir Ian McKellen, David Tennant, Dame Carol Ann Duffy, Adrian Lester, Germaine Greer, Ralph Fiennes, Simon Russell Beale, Lauren Cuthbertson and Edward Watson, the BBC Scottish Symphony Orchestra and the BBC Concert Orchestra, together with new work inspired by Shakespeare from young artists from across the UK and Europe, is featured on Shakespeare Day Live, which launches Shakespeare Lives, a six-month online festival marking the 400th anniversary of the death of the Bard. Suzy Klein, Ore Oduba, Matthew Sweet, Sara Mohr-Pietsch, Andy Akinwolere, Jamie McDougall and Katie Derham will present the online celebration of Shakespeare, co-curated by the BBC and the British Council, and co-ordinated by the Shakespeare digital team based in Birmingham.


Shakespeare Day Live will bring together a remarkable collection of interpretations of Shakespeare’s work in one digital space, for audiences in the UK and around the world to experience and will feature special contributions from the Royal Opera House, Shakespeare’s Globe, the BFI, the Shakespeare Birthplace Trust, Hay Festival and the Royal Shakespeare Company, broadcast online at bbc.co.uk/shakespearelives

Highlights of Shakespeare Lives will be made available on BBC iPlayer - the first time programmes from not-for-profit arts organisations will have been brought to wider audiences through the BBC.

Highlights of Shakespeare Day Live include:

Graham Sheffield, Director of Arts at the British Council, said “Shakespeare is loved and performed all over the world. He remains the UK's single most significant cultural figure 400 years after his death, a remarkable feat in itself! In the contemporary context, his work enables the exploration of complex issues, and develops stronger relationships between Britain and the world. We are delighted that, with GREAT Britain campaign support, we are able to see the work of so many great artists and organisations from the UK shared with the world through our new partnership with the BBC.”

Tony Hall, Director-General of the BBC, added “This weekend, we’re experimenting live with digital formats like never before. Alongside a fantastic line-up on radio and television, we’re hosting a digital festival, shaped with partners, to bring their creativity to millions here and the world over. And, for the first time, the BBC will be showcasing the great talent we have in our leading cultural institutions on BBC iPlayer. It’s another step towards an open BBC – something we all believe in.”

Here at /Garbage-file we'll also be doing a Shakespeare Day on Saturday so stay tuned for some unusual takes on the Bard's work from us too.