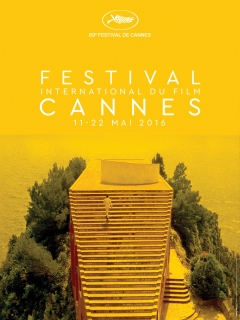 The names of the 69th Festival de Cannes prizewinners have been announced...

Ken Loach has won the coveted Palme d'or for his film I, Daniel Blake, a social drama about an ailing carpenter’s struggle against the bureaucracy of the UK healthcare system. Loach enters the elite circle of only eight two-time Palme d’or winners, having already won the award for The Wind That Shakes The Barley in 2006. The British filmmaker made the effort to thank the Festival and those around him in French, before returning to his own language to say: “This neoliberal world in which we live risks leading us to disaster. Another world is possible and necessary!”

The Grand Prix was awarded to It’s Only the End of the World by Xavier Dolan. On accepting his award, Dolan said "The older I get, the more I realise it’s not easy to be understood. I know now that I have to make films that resemble me. Without compromising. I know that, just like two years ago, this moment is going to change my life. As Anatole France said, 'I prefer the madness of passion to the wisdom of indifference.'"

As for the other feature film prizes, there was a surprise when not one but two winners of the Best Director award were announced when the jury made use of their ex aeqeo privilege to award a tied prize to Romanian director Cristian Mungiu and France’s Olivier Assayas for Graduation and Personal Shopper, respectively. Asghar Farhadi’s The Salesman won two prizes: for screenplay and lead actor Shahab Hosseini while Jaclyn Jose picked up best actress for Ma' Rosa. The Jury award went to another British director when Andrea Arnold picked up the prize for American Honey.

The Short Film Palme d'or went to Timecode by Juanjo Jimenez. The Spanish director was visibly moved at being awarded the Short Film Palme d'or. He thanked the Festival with the words "Luis Buñuel, you got the big one, I got the little one, and that’s even harder to win!" The Cinéfondation and Short Film Jury also awarded a Special Mention to Moça que dançou com o Diabo (The Young Girl who Danced with the Devil) by João Paulo Miranda Maria.

The Caméra d'or was awarded to Divines by Houda Benyamina, by American actor Willem Dafoe and French filmmaker Catherine Corsini. After Catherine Corsini, President of the Caméra d'or Jury, had highlighted the quality of all the first films presented in Cannes this year, the winner, whose film was screened in Directors' Fortnight, said: "Women - Cannes belongs to us! It is our place! For things to change, women have to be more present in the selection. Thank you to my producer, who gave me the first seeds of self-confidence and who found solutions for me. I worked with warriors on this film. There is no such thing as a director without a scriptwriter: their place has to be redefined in French film. I was very demanding with my actors during the filming, so I offer many thanks to them. The job we do is an act of love!"

The Jury of the CST has awarded the VULCAN AWARD OF THE TECHNICAL ARTIST to:
SEONG-HIE RYU, for the artistic direction, with great inspiration, for the movie MADEMOISELLE (The Handmaiden/Agassi) by PARK Chan-Wook.