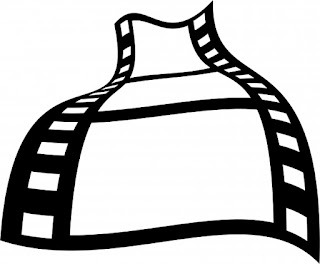 Steve Taylor-Bryant argues remakes and reboots with Whitescreen Promotions and the /G-f staff he cornered in the office canteen. The Remakes Remade looks at a new way of refreshing a tired Hollywood system. See what you think...


I love a good debate in the office. I don't know what the company you work for is like but we have a very passionate team all with different backgrounds and opinions and that leads to really good conversations, not arguing we are all relatively grown up and appreciate a differing view point, but sides get taken and exciting exchanges occur. This week's hot topic was the lack of originality in Hollywood, the studio system, and the creativity in independent and small budget film making, sparked by the list Ren Zelen found on IMDb with all the sequel and remakes so far slated by Hollywood (here... By Dimantha_j http://www.imdb.com/list/ls052091214/ )

I'm a strange mix in the office, I'm so angry a lot of the time at television ripping off the past to create its shows but I'm not that emotional about Hollywood doing it. Daniel White, a superb contributor here and a good friend, heads up Whitescreen Promotions so, as you can imagine, is angry most of time at Hollywood and backs his indie colleagues. After reading the list and debating with Daniel I realised a few things about myself. I quite like sequels, I'm a franchise fan in the main, and when shake ups in operation at big studios like Sony and WB occur I tend to lean towards optimism. Don't get me wrong I'm not a Hollywood whore, my top 3 films of all time are British independent productions (The Beat Beneath my Feet, The Machine, and The Call Up for those interested) I just have a vision of how the two worlds can learn to co-exist and so I'm more willing than most to commit to the studios' ideas which involve their flagship brand making the big budget films and some of trillion dollar business dripping down into their smaller brands and financing smaller perhaps more risky projects. However I also realise that this is a long term issue and not an overnight fix, if it works at all and there is a lot of doubt within our team. 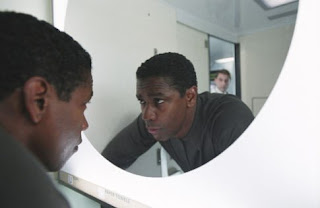 So what's the point of this rambling nonsense? On that list there are also a huge amount of remakes. This seems to be the contentious issue. No one it seems wants a remake of anything, flat out across the board opinions on social media that they are ALL a waste. I myself have already mentioned my anger at old classics being redone for television but being the enigma wrapped in duplicitous anarchy that I am I firmly believe remakes in Hollywood have their place. The Manchurian Candidate with Denzel Washington was an astonishing movie, as was the Frank Sinatra original, but what Jonathan Demme and his team did was take the spiritual essence of the first film and add their own creative originality to it and a new generation of film goers got to see a very good story. Staying with Sinatra and the Oceans Eleven remake was better than the first film and grew a new audience for heist movies. See that is what I want from a remake, a refreshing version of a classic or important story that offers something new for a new generation that might not seek out the older version, or like The Manchurian Candidate, doesn't date well. Now I'm not saying ALL remakes should be made. No one needs a green screen version of The Birds, a Godfather remake is pointless, and whoever the fuck thought it was a good idea to touch Gilliam's back catalogue with a new Time Bandits wants murdering (unless of course it's Gilliam himself in which case carry on sir!) but as I've shown with my examples above some films really do benefit from a modernisation. Personally? I liked my idea to recast 1984 (here) and think the message of that film (and please read the book) is more suited to today's world than thirty years ago. But what do I know I'm not a film-maker, I don't get involved in film-making other than crowdfunding some that excite me, I just spout opinion. However I wanted to bridge the gap between Hollywood and independent film and so I went to Daniel and his clients, and our own team of film nuts, with an idea that might help.

Let's say a new law is invented... Hollywood can do remakes but they can only hire independent film teams...

This would get a very talented and creative team of people onto the studio ladder, this is essential as you can't fix any system from outside, they would get to showcase their talents, studio execs would still earn their green, and these directors and writers and editors would move up a rung and get to make their own films on a decent budget with the eventual aim that one or more would become the next Kubrick or Spielberg. So how do we start? We play film God. We pretend we're a studio for a moment and that we are abiding by this new law and we talk to the guys that would have to make this reality work, the only truly important people in the system, the film-makers themselves. Daniel put my idea to his team and contacts within the indie film industry and I dumped the idea on our own overworked team members to see what they thought and what they would want remade under these new regulations. I'm sure you'll agree that this is the Hollywood we'd tolerate whilst great change took its slow pace. 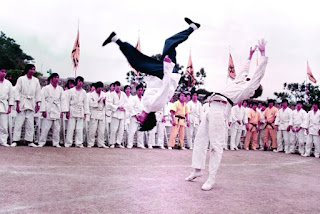 Neil Davis - ENTER THE DRAGON is one I'd love to do focusing more on Roper and Williams with more back story on Han and Bolo.

AD Lane - In order for a reboot or remake to be truly indie or relevant it needs to add something new to whats gone before. Otherwise what's the point?

Daniel White - The reason for a remake or a reboot shouldn't solely down to length of time since the original or that it can be updated with flashy CGI (Michael Mann I am glaring at you) the emphasis should be on innovation. a different slant on the story or told from a different perspective. The problem with Hollywood at the moment is that its all cynical, its all about money and there is no innovation because innovation is costly and risky. My answer to the question? I am not a film maker but I would support any remake that added something new and didn't just provide a revenue for more money to be made. 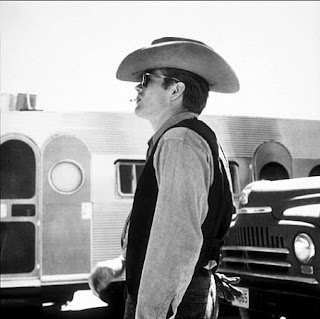 Susan Omand - This may well be quite controversial. I loved what you did with the Wonderful Life remake and think a lot of the Black and White "noir classics" from the 1940's and 1950's could do with a remake to bring them to a new audience as the films seem to be lost to the new generation of film goers for one reason or another. For example, the last actress involved in Casablanca died the other week, so that film has been consigned to history, and a lot of the gangster movies like the Bogart and Cagney films could stand a remake, looking at the popularity of the likes of Boardwalk Empire, there is a market for ultra-violent films that are not sci-fi or horror.

But my choice for reboots, and I wait to be shot down in flames for this, would be to remake the Hitchcock back catalogue as a single franchise or as film series. And, even though he's not indie, I would let someone like Christopher Nolan take it on and make the stories his own. Look at Nolan's own back catalogue, they're dark, psychological, heavy stories but highly watchable and, if well cast, I think the stories tackled by Hitchcock in the 40s and 50s could wow audiences all over again but this time letting the films stand on their own merit, not being "a Hitchcock film."

Remake the James Dean films with Jake Gyllenhaal. Brokeback Mountain would have been a James Dean film back in the day so I would love to see him tackle an epic story like Giant or Rebel Without a Cause. Again though so many "cool people" will throw up their hands in horror at the thought of touching a James Dean film BUT how many of them have watched the originals? And how many are just going on the "James Dean is meant to be the god of cool and we're hipsters so we'll feign horror at the idea of messing with anything he's ever done"

Third and final idea then I'll shut  up. Remake the sci-fi classic Silent Running. It's ultra relevant now, environmentally and politically and, with the right CGI and effects, could make a stunning space movie with a strong underlying message. With the Silent Running remake, you could even make the robot drones into AIs and tie in the whole "god" principal of when do robots start being more than tools. Lowell became very close friends with his robots in the 1973 film which alluded to his mental state but you could turn that on its head and make it more about the relationship, like The Machine did. 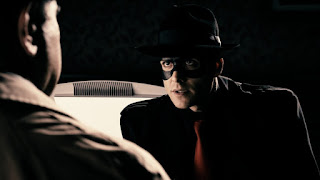 Ren Zelen - One film that needs a second try is 'The Spirit' - a really disappointing and 'spiritless' attempt at a movie version of the Eisner Comic book character, directed by Frank Miller and played in a desultory fashion by Gabriel Macht.

Wouldn't it be nice if they made a decent 'Catwoman' - (if only they'd got Michelle Pffeifer to do the whole thing properly.)

I think the adaptation of Stephen King's 'Christine' could be done better, and I'd also say the (Steed & Emma) Avengers, but since Diana Rigg won't be up for it now, I'd rather they just left it alone. 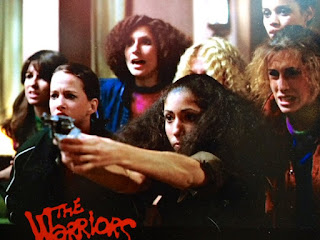 Nate McKenzie - One of the few remakes I do want to see:

The Warriors from the perspective of the Lizzies. But set in that era. Sort of like S. Darko was to Donnie Darko.

My biggest problem with remakes is that they pretty them up. Like, more so than they used to. Can you imagine Steve Buscemi trying to break into the industry now? Whoever the current version is of early-90s Buscemi, that person is probably really attractive.

The Buckaroo Banzai series by Kevin Smith should be great.

Oh! Another thought: Neverending Story. That was a beautiful story. I would be happy with seeing that redone with current technology.