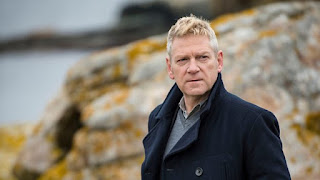 This Sunday (22nd May) sees the return of the famous Swedish detective in the final series of Wallander and, as a fore-runner to the series, BBC have released an interview with Kenneth Branagh...

Kenneth Branagh returns for a new trilogy in what will be a dark, thrilling and emotional finale for our dedicated Swedish detective.

In The White Lioness Wallander is drawn into the case of a missing Swedish national while attending a police conference in South Africa. It is the start of a physical and emotional journey that leads him from the aching beauty of rural Africa to the intense poverty of the townships.

Back in Sweden for A Lesson In Love, Wallander investigates the murder of a middle-aged woman. As the investigation unravels, Wallander senses he is being followed - targeted - by demons he cannot identify.

In The Troubled Man, Wallander is in a race against time as he embarks on his final case - the disappearance of Linda’s father-in-law. Becoming entangled in cold war politics and fractured relationships, Wallander must prevail against the odds if he is to safeguard his daughter’s future.

Where do we find Wallander at the beginning of this series?

He appears to be sorting out his life. He shaves, he combs his hair more. He seems to have a potentially satisfying relationship with a woman. His relationship with his daughter is much better, too. He adores being a grandad. But just at that point, life intervenes. There is additional poignancy in the fact things start to go wrong for Wallander at the very moment where he seems to be getting his life back together.

What else is disturbing him?

He has father issues. Perhaps inevitably, he is surrounded by images of his father. Povel spent his lifetime doing the same thing - painting the same image over and over again. Wallander is trying to understand whether that’s a good thing. Writer Malcolm Gladwell says that you need to spend 10,000 hours on something before you can become an expert in it. Wallander’s father spent 10,000 hours painting grouse, and Wallander has spent 10,000 hours policing. Maybe that has made him a very good policeman. But, he is now faced with thinking about that and considering what his life adds up to.

Why is 'The Troubled Man' such an appropriate title for the final episode of Wallander?

Wallander always was troubled. Henning Mankell enjoys his characters being ruminative and meditative. He enjoys them being troubled. He enjoys situation and plot, but mostly he enjoys what’s happening in people’s interior lives, particularly Wallander’s. He believes his audience is interested in that, too.

Is it his job that makes him so troubled?

Wallander is preoccupied with the substance and circumstances of crimes. He can’t ever be indifferent to discovering dead bodies. It’s never just his shock at the violence - it’s everything else, too. He knows he’s going to have to make a phone call – ‘Yes, she’d been dead a few days, she lives locally, she’s a teenager’.

He immediately connects with the human cost of crime: whose daughter, whose sister is it? In a place the size of Ystad, people know each other. They’re interconnected. So he can’t help being really driven to find answers for, and about, people he knows.

Does the bleak Swedish landscape exacerbate Wallander’s sense of isolation?

The landscape is like another character. The size and space gives time to think. For good or ill, your imagination has freedom to roam. This area provides that.

Does the extreme weather shape people, too?

The wind blows viciously across this flat landscape. You can’t get away from it. It is a landscape of extremes. When winter kicks in, people dig in. The Swedish midsummer can be very pagan and lunatic. You see that in August Strindberg’s play, Miss Julie, where the midsummer revels are an extreme contrast to the darkness and the containment of winter. That can’t help but affect your personality.

Why has Nordic Noir become so popular?

It’s partly the rich atmosphere of somewhere completely different. In Britain, we tend to be reliant on being quick with words. We try always to come up with an answer and feel embarrassed if we can’t find anything to say. Scandinavians don’t so much. They often just look at you in silence, unembarrassed.

The first episode airs on Sunday 22nd May at 9pm on BBC One.