Film - X-Men: Days of Future Past 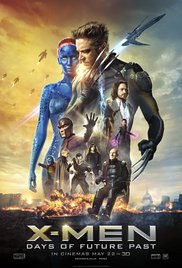 Kraig Taylor-Bryant discusses X-Men: Days of Future Past and offers a solution to the problems he sees regarding its storyline (with spoilers)...

I want to start this article/rant by saying that I did enjoy the story element of the film. For those of you who are unaware or simply don’t remember, the X-Men: Days of Future Past story was based on the X-Men attempting to stop a human, known in the film as Dr. Bolivar Trask, who has the intention of eliminating all mutants by creating an army of 'sentinels'. This feature of the storyline intrigued me and led me to believe that the film was quite promising. However some parts of the film remain either unclear or unnecessary to me. I do understand that many people did not like the way the previous film, X-Men: The Last Stand, concluded. For those who are unaware, The Last Stand ended with the loss of two/three major characters in the storyline - Scott Summers and Jean Grey and, depending on perspective, possibly also Charles Xavier as it seemed he was left incinerated as the credits rolled.

Anyway, one of the main elements which confused me about Days of Future Past was at the start of the film when the story opens to narration by Patrick Stewart as Charles Xavier. Of course, I later realised that Charles’ conscience remained intact after The Last Stand, after finding that there was an end credit scene to the film which may have remained unnoticed by many viewers. Although it did continue to confuse me when Patrick Stewart made an appearance in a physical form because, as I have mentioned, we saw his body was incinerated by Jean Grey in X-Men: The Last Stand. There have been many theories concerning this, such as the theory that Mystique took on the form of Charles with Charles’ conscience being stored in the body of Mystique to give wisdom to the X-Men and help protect them. Whether or not this theory is true remains to be unknown, I think that if I were to direct/produce the film then I would not include Charles in a physical form in the present/futuristic age that the beginning of the film is set in. Instead I would simply have Charles guide his past self mentally which would avoid further confusion, as well as in other aspects of the film.

Another element of the film which confused me was the fact that Logan (Wolverine) remembered old memories of his past when he travels back in time (through his conscience) when, after the 1963 events of Days of Future Past came the events of the Wolverine Origins film in which Logan loses his memory due to being shot in the head. So how does he remember the events of 1963? The only conclusion that I can come to is that Marvel Studios made a simple mistake. One of the things that he remembers is waking up next to the woman who he supposedly remembered sleeping with multiple times. Logan also remembers a mutant who he mentions that he remembered knowing when he was a lot younger (this is Quicksilver) when for a second time, he should not remember due to Stryker in the Wolverine Origins film shooting him in the head. 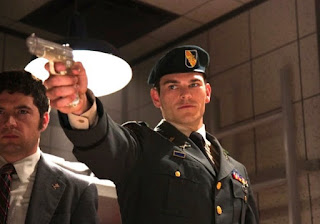 Of course there was one aspect of the film which has disappointed me the most. This was the fact that Jean, Scott and Professor X were made to never have been dead, due to Logan showing Xavier his future, which was a major disappointment for me as I believe the loss of characters in the story is what encourages them to fight for what they have left and the idea of loss is what makes the Marvel universe more realistic. Heroes do not tend to die in the Marvel universe.

Removing the theme of death from the X-Men films disappointed me further as simply removing a surprising and upsetting ending to The Last Stand from the X-Men timeline gives The Last Stand less meaning and therefore gives it less of a purpose in the story. This change also affects the events of the second Wolverine stand-alone film: The Wolverine. This is because at the beginning of this film Wolverine is hiding out in a cave (as he cannot kill himself due to immortality) because of the loss of Jean Grey and he is learning to cope with the loss in his own way. This event itself not occurring may have changed the story of The Wolverine entirely as the location he was in at the time led him on the journey to where he was throughout this film. If I were to direct the film X-Men: Days of Future Past however then I would simply cut out the scenes featuring Jean Grey and Scott Summers and possibly edit Xavier’s scene to appear as a vision to Wolverine. Also, regarding the issue of Wolverine remembering his past, they could simply re-film that scene for him to say something different to him remembering that he slept with the woman he woke up to. Instead he could appear confused about who the woman is and they could also change their method of encountering Quicksilver instead of Wolverine "remembering him when he was younger." They could release a special edition of the changed version to its audience, which would not only resolve the issue but would offer the opportunity for Fox to gain more income and may even make people learn to appreciate the Last Stand film more over time, as they realise the positive impact it has had on the characters.

The death of Jean Grey and Scott Summers also had a positive impact on me as it makes me feel as if I can relate to the character of Logan (Wolverine) as I myself have lost someone in my life. It also helps the audience to realise that life does not always have the best ending that most Marvel films show it to have and helps the audience to cope with loss in their own lives.

In conclusion then, I want to state that I believe that Marvel should not be so desperate to resurrect its characters, purely to satisfy its audience. Take Han Solo from Star Wars: The Force Awakens for example. Han Solo died in the Star Wars universe which annoyed, frustrated and even surprised some people. However Disney did not change this, this was because it helps the audience to deal with loss of characters in the story and hints at the possibility of further loss of characters in future films which makes its audience want to watch the new trilogy more. This is why I believe it'd best for the X-Men story if Jean and Scott remained dead and Xavier remained as a conscience inside others to guide his X-Men in future events.

This is also why I believe that Days of Future Past is the least pleasing film compared to its predecessors.