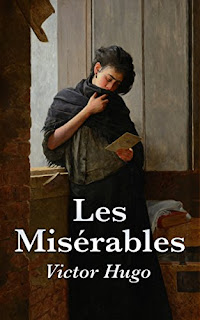 BBC One announce an adaptation of Les Misérables by the multi award-winning screenwriter Andrew Davies...

Hot on the heels of War and Peace, a new six-part literary adaptation by Andrew Davies is planned for Victor Hugo's Les Misérables, a 19th century classic and widely regarded as one of the greatest books ever written.

Charlotte Moore, who commissioned the work, said “Andrew Davies' extraordinary skill for adaptation will bring the world-famous Les Misérables into powerful focus for a modern audience, with a multi-layered re-telling of Victor Hugo's masterpiece. BBC One viewers can expect the same quality and scale from the team behind War and Peace in this epic tale of redemption and the healing power of love.”

Andrew Davies, who has also been responsible for great TV drama such as House of Cards, Bleak House and Pride and Prejudice,  will go back to the novel and delve deep into the many layers of Hugo's story, revelling in Jean Valjean and Javert's cat-and-mouse relationship, against the epic backdrop of France at a time of civil unrest. With a striking intensity and relevance to us today, the novel is testimony to the struggles of France's underclass and how far they must go to survive.

Over six hours, the series will bring to life a vast and unforgettable cast of characters and tell the story of Jean Valjean, a former convict unable to escape the shadow of his past life, and his relentless pursuit by the chilling police officer Javert.

Andrew Davies said of the work “Les Misérables is a huge, iconic title. Most of us are familiar with the musical version, which only offers a fragmentary outline of its story. I am thrilled to have the opportunity of doing real justice to Victor Hugo at last by adapting his masterpiece in a six-hour version for the BBC, with the same team who made War and Peace.”

BBC Worldwide is working in association with Weinstein Television to ensure a worldwide audience for the drama and Harvey Weinstein commented "Victor Hugo's Les Misérables is one of the greatest novels of all time - and while the musical is one of my favourites this will be completely different. An intense and serious drama that will find contemporary relevance to what's going on in the world today. I'm thrilled to be reunited with Faith Penhale and Simon Vaughan, my partners from War and Peace, with Charlotte Moore from the BBC, and of course, with Andrew Davies who wrote War and Peace. I think the BBC and Weinstein Television collaboration are a new paradigm in the telling of classics - they're modern and yet respectful. And, with the exception of James Bond, nobody does it better than Andrew Davies."

Executive Producers will be Andrew Davies, Bethan Jones for BBC Studios, Faith Penhale and Simon Vaughan for Lookout Point and Harvey Weinstein for Weinstein Television. It was commissioned by Charlotte Moore and Lucy Richer, Acting Controller of BBC Drama Commissioning.