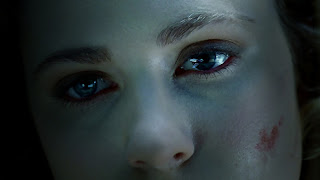 There's a new extended trailer out for Westworld, as the TV series heads to Sky Atlantic in October...

This October, Westworld a dark odyssey from JJ. Abrams (Star Trek, Star Wars), Jonathan Nolan (Interstellar, The Dark Knight) and Lisa Joy (Pushing Daisies, Burn Notice) will air on Sky Atlantic and Now TV. The new and extended trailer for this ten episode, one-hour drama series reveals more of what awaits in this futuristic theme park where guests can live without limits.

Westworld was inspired by the 1973 film of the same name that was written and directed by Michael Crichton and starred Yul Brynner as the robot gunslinger. This time around the series stars the legendary Anthony Hopkins as the parks founder and creative director Dr Robert Ford and is "an examination of man’s primal nature, the dawn of artificial consciousness and the evolution of sin." Set in a futuristic theme park, guests can explore a world in which every human appetite, no matter how noble or depraved, can be indulged.