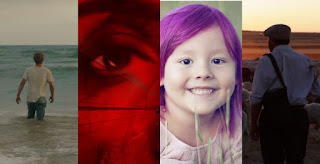 With the 24th edition coming to a close on Sunday, the Festival received a record-breaking number of submissions from 98 countries, the highest it has received to date, and screened 108 feature films and 85 short films.

With newly introduced strands including Women in Film, LGBT, a VR Arcade and China Day, the Festival also showcased its fourth annual Web Fest, second annual Co-production Forum, a Music strand and also hosted an array of creative industry panels, including the ever popular Live! Ammunition! event, which provides filmmakers with the opportunity to pitch ideas for their films to a panel of industry executives.

Legendary British Filmmaker Ken Loach received the Festival’s first Raindance Auteur Award and participated in a memorable discussion about his iconic career in the industry.

In a ceremony hosted by Raindance Founder, Elliot Grove, jury members Joanna Lumley and Johnny McDaid were also in attendance to present awards to the winners.

The winning films were selected from 14 categories by the Festival’s jury members, which also included Stephen Fry, Imelda Staunton, Olivia Colman, Matthew Lewis, Nicholas Pinnock and conceptual artist David Datuna, among many others.

The Shepherd was the biggest winner of the Festival, receiving three awards:Best Film, Best Director for Jonathan Cenzual Burley and Best Actor for Miguel Martin. A film about corporate greed, The Shepherd follows a man whose home and livelihood is threatened by a big construction company that will stop at nothing to take his land.

Best Screenplay was awarded to Joaquin del Paso and Lucy Pawlak for Panamerican Machinery, a film about a group of employees who discover their dead boss in the back of their office warehouse.

Camila Romagnolo received the Best Actress honour for her role in Hortensia, for which she skillfully portrays a woman whose life takes a turn for the worst, but when she finds a letter written by her fourteen-year-old self, it reinvigorates her motivation to fulfill her aspirations.

Miranda Bowen’s Gozo was awarded Best UK Feature. The film follows a couple who have decided to immigrate to an idyllic Mediterranean island only to discover that they are unable to escape the horrors of their past.

Best Documentary went to LGBT film Growing Up Coy, about a young Colorado family’s highly publicized legal battle for their six-year-old transgender daughter’s right to use the girls’ bathroom at school.

Łukasz Grzegorzek’s Kamper received the Discovery Award for Best Debut Feature. The film follows a young couple whose relationship is challenged by the husband’s immaturity and they must decide whether their relationship should continue.

The Raindance Team selected this year’s recipients of the Indie Award and Film of the Festival Award.

The Indie Award went to Rudolf Buitendach’s Selling Isobel. Based on true events that took place in London, the film shines a light on the global sex slave industry and is a harrowing story of survival, following a woman who is kidnapped, drugged and raped by several men over 3 days before finally managing to escape.

The Film of the Festival Award went to Rick Darge’s Zen Dog. The film follows a man whose daily routine and comfortable life is altered when he takes up lucid dreaming and discovers more than he bargained for.

The film generated a lot of buzz during the Festival, particularly from Raindance Founder Elliot Grove who stated that, “We chose Zen Dog as Film of the Festival because of the spirit in which it was made. It takes on a meditative magic carpet ride of the Dreamworld and looks at how we can influence both our dreams and waking life. The film cleverly weaves in the spiritual with the philosophical.”

As a result of this win and as per Raindance tradition, Rick Darge will be asked to direct next year’s Official Festival Trailer.


The film was chosen by creative marketing agency, Imaginative Exposure for a free Brand Relationship Script Analysis. Managing partner of Imaginative Exposure, Aaron Wileman stated, “The Bicycle was selected for its apparent natural ability to integrate brand relationships through the potential of visual elements, storyline integration and communications partnership possibilities.”

Emmanuelle Nicot’s A l’Arraché (Snatched) and Rob Savage’s Healey’s House were the big winners in the Shorts Programme, with Snatched receiving the award for Best Short and Healey’s House winning Best UK Short.

Snatched follows two young foster children as the strength of their friendship is threatened by circumstances beyond their control and Healey’s House looks at the relationship of a young couple who travel from England to Scotland to address a haunting memory from their past. As the events unfold, the motivation behind their actions becomes increasingly dubious.

The top Music Video Award went to Joy – with music by artists Joy’s Apartment, the video is a stop motion multiplex of thrashed cardboard boxes, photography, a paper cut and paint. It tells the story of everyday places and of the off feeling of standing on the sidelines in solitude watching it all.

The Web Fest Awards Ceremony will take place on Sunday afternoon and the Audience Award for Best Virtual Reality Film will be announced on Sunday at the Festival’s Closing Night screening of  Dominik Moll’s News From Planet Mars on Sunday, October 2nd at Vue Piccadilly in London.