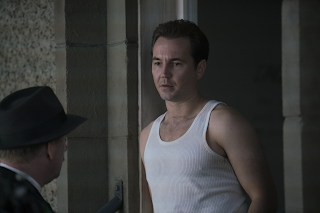 A new three-part mini-series, based on the true story of Lanarkshire detective William Muncie’s quest to bring to justice notorious Scottish killer Peter Manuel, is coming to ITV...

Produced by critically acclaimed, award winning producers World Productions (Line of Duty, Code of a Killer) and Finlaggan Films, Douglas Henshall (Collision, Shetland) takes the role of William Muncie whilst Peter Manuel is played by Martin Compston (Line of Duty). The mini-series is directed by John Strickland, who helmed the recent Line of Duty finale.

Muncie first arrested Manuel in 1946 for housebreaking, but also successfully convicted him for a string of sexual assaults. Manuel vowed revenge. Released from prison in 1955, Manuel embarked on a two-year killing spree, claiming eight lives in the close-knit communities of South Lanarkshire. Manuel evaded capture for so long because he was unlike anything the local police had ever encountered: A murderer without any discernible motive whose victims were chosen at random. Muncie was the one man who had Manuel’s measure and doggedly refused to give up until Manuel was brought to justice. 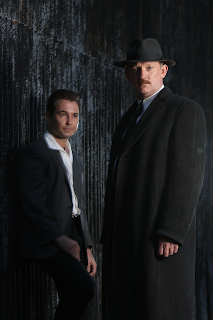 After extensively researching the story, this is Nick Stevens’ TV writing debut. Here’s what he had to say about the story behind the story:

“It was 2011 and Gill (Gillian McNeill, producer) and I had been trying to find something we could work on together for some time. It turned out that the right project had been under Gill’s nose all along.

“Gill showed me a couple of pages written by her husband, Richard McNeill. They began with a memory from Richard’s boyhood. On young Richard’s birthday a stranger had come calling. A man bearing a gift. A birthday cake. The man was grateful, Richard’s father was a fellow businessman, the cake a thank-you for his support in difficult times. But such was the frisson occasioned in the McNeill household by the man’s visit, that it left an indelible impression on the birthday boy. The man with the cake was named William Watt. A man who – for every person living in Scotland at that time – would be forever linked with the terrible deeds of one Peter Manuel.

“A few days after my meeting with Gill, I sat in the British Library reading, Manuel – Scotland’s First Seriel Killer by A.M. Nicol. By the time I’d finished it, I was hooked.

“Between 1956 and 1958, Peter Manuel traumatised South Lanarkshire. In two years, he killed eight people (almost a third of all the people murdered in Scotland during this gentler time) and all within an area that was a mere 26-mile round trip by car.

“Manuel eluded capture for so long because he was unlike anything local police had ever encountered before: a murderer without any discernible motive whose victims were chosen at random – men, women and children. With the crucial exception of one determined, forward-looking officer, Lanarkshire CID failed to see the monster in their midst because they did not know such monsters existed. The term 'serial killer' had yet to be coined.

“Long before anyone else, Detective William Muncie saw Peter Manuel for what he was: a psychopath. Almost a decade before Manuel committed his first murder, Muncie had arrested him for a slew of housebreakings, seeing to it that Manuel did time in prison. Manuel never forgave him for this. Released six years later, Manuel emerged from prison ready for murder, and, in a twisted form of revenge, he made Detective Muncie his Number One target audience, leaving a trail of tantalising clues and taunting Muncie with birthday and Christmas cards.

“Manuel was addicted to the limelight. A high-visibility killer – literally In Plain Sight - who thrived on the panic and press generated by his crimes. On three occasions he opted to conduct his own defence in court. The culmination of all this pathological attention-seeking was his prolonged, sadistic victimisation of William Watt.

“The project was daunting. This was a world I knew nothing about. And then there was all that arcane police procedure and terminology. But such was the pull of the material – and Gill’s bloody-minded resolution to see the project made – it just had to be done. Some two years on, a spec script of the pilot episode was dispatched to Simon Heath, Creative Director at World Productions and Victoria Fea, Senior Drama Commissioner at ITV sealed the deal.

"During the process, I was helped by many generous-with-their-time, well-informed people. In particular, Allan Nicol (the prosecutor-author of the above-mentioned book); retired police officers, George Barnsley and Henry Harper of The Lanarkshire Historical Society; and countless soft-spoken, methodical Scottish librarians."

The first episode of In Plain Sight will be on ITV on Wednesday 7th December at 9 pm.

Images and Info - ITV
Email ThisBlogThis!Share to TwitterShare to Facebook