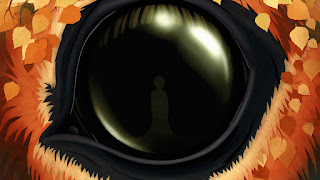 The fairy tale will be made available for free on Daydream, Google's mobile virtual reality product.

In a magical forest, a young child stares into the eyes of a fantastical creature. Together, the two embark on a journey that transports audiences into an entrancing realm of folkish dimension and boundless imagination.

The Turning Forest is a sound-based real-time CGI VR fairytale for people young and old - inviting audiences into a magical space of imagination, where rustling leaves of an autumn forest are also the footsteps of something familiar, yet strange. Written by Shelley Silas, directed by award-winning VR artist Oscar Raby and with cutting-edge 3D sound produced by sound designer Eloise Whitmore, the S3A project and BBC R&D’s audio team, the experience is produced by BBC R&D in collaboration with virtual reality production studio VRTOV and was created as part of the BBC’s ongoing work exploring emerging technology and new storytelling mediums for future audiences.

Behind the magic, The Turning Forest pushes the boundaries of what’s possible with VR and immersive sound, featuring an award-winning spatial soundtrack at its heart. The big thing about the soundtrack is its use of binaural sound which uses the way the brain triangulates noise to make the sound as 360 as the images, so that you hear things behind you or to one side or the other.

The wonderful Spencer Kelly on BBC tech news programme Click explains the concept much better (below if you're interested) and has an amazing demo at about 4:48 minutes in (they advise using headphones but it's not necessary)

Having debuted at the 2016 Tribeca Film Festival, The Turning Forest was originally created for the Oculus Rift. It has now been enhanced to further improve the spatial sound design, introduce new controller interactions and include lots of new surprises to discover in the magical forest. The sound was adapted from an original soundtrack commissioned for S3A: Future Spatial Audio for an Immersive Listener Experience at Home, funded by the Engineering and Physical Sciences Research Council (EPSRC).

Zillah Watson, Executive Producer, BBC R&D, says: “The Turning Forest is unique in that it’s been designed from the sound up, using state-of-the-art audio to help transport people to a magical world. It takes advantage of decades of research and experience from our own R&D team, partners and universities to create a beautiful soundscape that we hope people will love. We’re delighted to bring this latest experiment to even more audiences and we can’t wait to hear what they think.”