The Trial of a Time Lord - Interview with Nabil Shaban 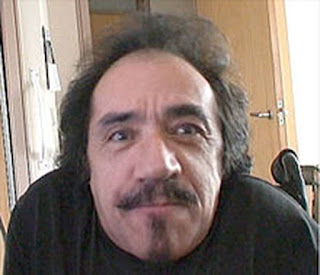 Barnaby Eaton-Jones talks Sil and villainy with the representative of the Galatron Mining Corporation himself, Nabil Shaban...


Barnaby Eaton-Jones (BEJ): When your first appearance as Sil was such a hit with viewers, how soon was it that a second appearance was booked? Was it an easy return?

Nabil Shaban (NS): Actually immediately after the finish of filming "Varos", I was told that Sil has to come back. I think Colin Baker was the first to say this to me. Then the director Ron Jones told me that JNT, the producer had told him that he was going bring me back as Sil. At least, three people within days said they were convinced that Sil would be a huge hit with viewers, and I will certainly return in another story. A week later, JNT took me out to lunch at the BBC to congratulate me on creating such a memorable DW character, and confirmed that I will be shortly booked for a second appearance, and by the end of the year I had signed a contract to play Sil in Philip Martin's "Mission To Magnus" (a story for the aborted season of Doctor Who, which was replaced with The Trial of a Time Lord).

BEJ: Were there variations of the 'Mindwarp' script, as the behind the scenes writing got a bit fraught, or were you unaware of the difficulties going on with the production side?

NS: I was unaware of the difficulties going on with the production side. I came on board simply as an actor and did the job that I was given. I knew that Sil's nasty sadistic nature had been toned down, and he was to be more of a comic character, which was immediately evident from first reading of the "Mindwarp" script, and I was initially rather disappointed in not having the opportunity to play sheer enjoyment of being thoroughly evil. I blamed Mary Whitehouse for sanitizing Sil, and Thatcher for removing any political comparisons with Britain's contemporary or future situation. I think given we were living around the mid-1980s, the Tory regime was very sensitive to ideas portrayed on TV that suggested Orwell's "1984" had arrived. 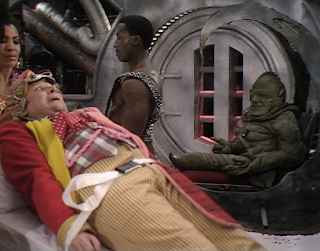 BEJ: Sil is such an iconic Doctor Who villain (and such a good race of creatures), that were you hoping for a return in the new series? I think he'd be a perfect fit!

NS: I agree. Sil should appear in the new DW stories. He would be a perfect fit, and perfect for all time while greed, corruption and self-obsessiveness dominates the political and social ethos, in a world where naked capitalism rules, and "might is right" is the over-riding morality.

BEJ: Did you feel disappointed that Nicola Bryant's conversion, as Peri, was then backtracked on later in the serial? It was such a strong and unusual end to a character.

NS: To be honest, I can't remember how I felt when I first saw the serial. I did enjoy the whole concept of the "Trial", and was so pleased to be in the show, that whatever disappointments I may have experienced were simply eclipsed by the opportunity to work with Colin and Nicola and Ron again, and to work with people I admired such as Brian Blessed, Christopher Ryan (I was a big "Young Ones" fan) and Michael Jayston, whose work as Czar Nicholas the Second, I loved in the movie "Nicholas and Alexandria".

BEJ: You are such a vital and energised actor, breathing a cheeky charm into a character that could have come across as cold and calculating, that I wondered if your performance was informed by anyone or did you just summon the character from your imagination?

NS: Possibly Dr. Zachary Smith in "Lost in Space", Fagin in "Oliver!", Ka the "Trust in me" python in Disney's cartoon "Jungle Book", but certainly Gollum in Tolkien's "Lord of the Rings" (before the movie).