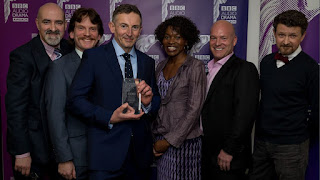 Congratulations go to Big Finish Productions as the winners of the BBC Audio Drama Awards 2017 were announced at the weekend...


Up against Bafflegab Productions for the category of Best Online/Non Broadcast, Big Finish won the award for their production of Dr Who: Absent Friends. The other drama winners on the night were The Sky Is Wider, Life Lines and Emile Zola: Blood, Sex And Money. Danny Sapani, Christine Bottomley, Valene Kane and Lee Rufford were recognised for their acting roles, with awards also to Tracks and to James Fritz for his script for Comment is Free. The comedy category winners were Secret Kebabs and Robert Newman’s Entirely Accurate Encyclopedia Of Evolution.

Bill Nighy and The Archers were also given special awards on the night in a special ceremony hosted by Sir Lenny Henry and Director of BBC Radio and Music Bob Shennan in the Radio Theatre at BBC Broadcasting House, London. The awards recognise the cultural significance, range and originality of audio drama - on air as well as online - and credit the creativity of the actors, writers, producers, sound designers and others who work within the field.

Bill Nighy was presented with the Special Award for Services to Radio Drama by Amelia Bullmore, recognising his tremendous contribution to audio drama over his career. Memorable highlights span from playing Sam Gamgee in The Lord Of The Rings in the 1980s to his regular appearances now as the actor-turned-detective Charles Paris, with appearances also in Cigarettes And Chocolate by Anthony Minghella, Private Lives with Helena Bonham Carter along with untiring support for the genre in general.

Nighy said: “I was apprenticed on BBC Radio and I am as proud of my involvement there as of anything in my professional life. Long may it provide its unparalleled service and entertainment.”

BBC Radio 4’s The Archers was awarded the Outstanding Contribution Award for its contribution to the year’s programming on Radio 4, raising significant social awareness of the problem of domestic abuse and coercive control whilst telling a compelling dramatic story over three years. The show brought radio drama to the front pages and Helen’s vindication at the moment of the verdict of ‘Not Guilty’ rippled far beyond the world of Radio 4. 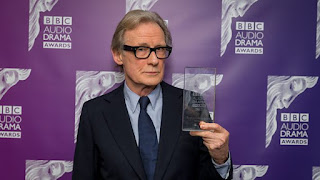