Documentary - The Last Man on the Moon 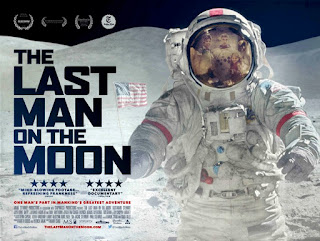 With news this week of the death of Capt Eugene Cernan, a chance to see the astronaut in action in some clips from the documentary The Last Man on the Moon...

"I often tell young kids and particularly my grandkids, don't ever count yourself out. You'll never know how good you are unless you try. Dream the impossible and go out and make it happen. I walked on the moon. what can't you do?"

Here in The DreamCage office, being the science-y geeks we are, we were saddened by the passing of Eugene Cernan, heralded as being The Last Man on the Moon when he was the last to leave the Moon's surface as an astronaut in the final manned moon landing with Apollo 17 in 1972. Space, its exploration and possibilities for life and living in, has long been a subject that writers and film makers have drawn upon for inspiration. It is therefore amazing, and sad, to think that only 12 men ever, of whom now only 6 remain, stepped on the surface of our closest celestial neighbour and that nobody has visited the Moon since that mission in 1972 because it would just "cost too much".

In his memory, we have permission from the Production Company to share today a few clips from the 2014 documentary directed by Mark Craig which looks at the life, both on earth and off, of Capt Eugene Cernan, The Last Man on The Moon. Rest in Peace.