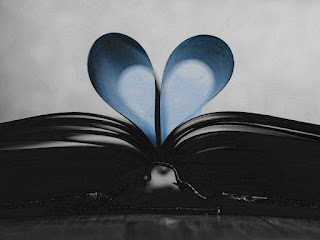 Steve Taylor-Bryant looks at how we are getting Valentine's Day so wrong and offers some advice on gift buying...

The origins of Valentine's Day are shrouded in mystery and, let's face it, I am not the world's best historian. I will make this as factual as I can be bothered to and will attempt to spell the names of old people correctly. What you will see at the end of the article is that buying roses and chocolates and sweet cuddly bears is a farce and you really should add some darkness to your celebration with your loved one.

The Romans used to hold a party. It was to find wives and partners and was the called The Feast of Lupercalia. It saw drunk, naked Centurions sacrifice a dog and a goat before whipping the behinds of the woman they were attracted to with the hides of the animals that so graciously gave their lives for this bondage party. Now there is a night out you don't see advertised at your local Harvester.

Emperor Claudius II executed two men called Valentine on two separate February 14th's for being slightly too Christian for his liking. Their martyrdom was celebrated by Catholics as St. Valentine's Day, but you already had Valentine of Terni who had supposedly been beheaded by Emperor Aurelian for his religious leanings. Which one of these chaps is actually Saint Valentine is none of my concern. I learned during The Life of Brian you don't argue with the Romans.

Flip forward some centuries and we find Geoffrey Chaucer, he of the silly words in The Knight's Tale for those of you that don't read classic literature. He can be wholly blamed for bringing love into the equation, as he wrote his Parlement of Foules (Parliament of Fowls) to celebrate the engagement of Richard II and Anne of Bohemia. “For this was on St. Valentine's day/When every fowl cometh there to choose his mate”. Then a while later, not to be outdone by silly language, Shakespeare decided to launch a greeting card company during Hamlet. “To-Morrow is Saint Valentine's Day/All in the morning betime/And I a maid at your window/To be your Valentine” but in reality they played with each others skulls whilst Hallmark actually launched the ruining of men's wallets on February 14th 1913 with a Hallmark Holiday to mark the occasion of love.

So there we have it. A violent bondage filled ritual and some torture changed into love so now February 14th is a happy occasion. WRONG! Hallmark may have found a way of making money but the actual date of February 14th continued to be synonymous with tragedy.

The most famous is the St. Valentine's Day massacre on February 14th 1929. In a warehouse in Chicago five members of the North Side Gang and two other men were executed in a gangland mob hit by Al Capone's South Side gang.

The Germans' hope for winning the Second World War was a huge battleship named after Otto Von Bismark. It only managed one offensive before the Allies managed to sink it. It was launched to kill millions on February 14th 1939.

The Satanic Verses by Salman Rushdie caused a bit of a stir, with the author going into hiding after the Ayatollah issued a Fatwa (Death Sentence) on him. The date? February 14th.

In an era of High School Shootings another tragedy befell the United States on February 14th 2008 when Steven Kazmierczak entered Northern Illinois University with a bag full of weapons and opened fire before taking his own life. Six deaths and 21 injuries. Happy Valentine's Day.

So you see all this candy is wrong. Cuddly teddy bears with dopey faces is wrong. The billion cards declaring love for our partners because the 13th isn't good enough is wrong. The fact the United States is expected to spend $19.7 billion on this year's "day" is VERY wrong. We need darkness. I am in no way advocating violence but surely we can tone down the mush slightly and get back to the roots of the day before Chaucer et al decided to ruin the fun? So here we have it. My Disclaimer – I haven't asked TeamDreamCage for their input so you can't hold them responsible for the awesomeness I am about to produce) choice of gifts for St. Valentines Day. Enjoy your day and I love you all.